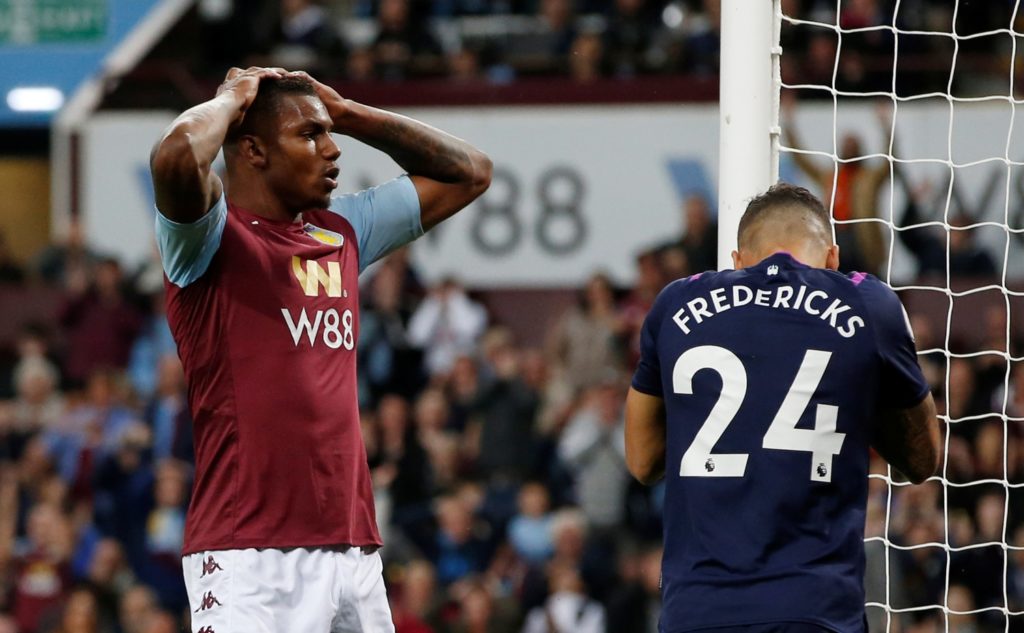 Aston Villa looked like a team left shattered by their late defeat to Tottenham and they now face a crucial couple of weeks in the fight to avoid the drop.

Dean Smith’s men remain just one point and one place outside the relegation zone – ahead of West Ham’s trip to Man City in midweek.

The upcoming run of fixtures will make all Villa fans cringe in fear, as they desperately try to avoid an instant return to the Championship.

The bookies seem to think that Villa now face an uphill struggle, with many now making them odds-on to finish in the bottom three come the end of the season.

Villa’s next encounter sees them head to the south coast to face Southampton on Saturday, prior to their EFL Cup final showdown with Man City at Wembley.

They follow that up with an away game at Leicester, before then welcoming Champions League hopefuls Chelsea to Villa Park on March 14.

Those punters looking to find the best online bookies before signing up, should note that Smith’s side have won just one of their last nine away games in the league, heading into the weekend clash with Saints.

Part of that problem is highlighted by the stat that they have not kept a clean sheet in their last seven games in the Premier League and have no managed a clean sheet at all on the road.

People seeking odds for future matches should be aware that Villa are around 9/2 to claim a massive three points at St Mary’s, but the omens don’t look good when you consider the recent head-to-head record.

Saints are unbeaten in their last seven meetings with Villa, including a 3-1 success in the reverse fixture back in December – With the in-form Danny Ings bagging a brace.

The only stat that does give the visitors some hope of a victory on Saturday, is Southampton’s home form. Ralph Hasenhuttl’s men have recorded just three wins from 13 home league fixtures this term and were beaten by Burnley on home soil last weekend.