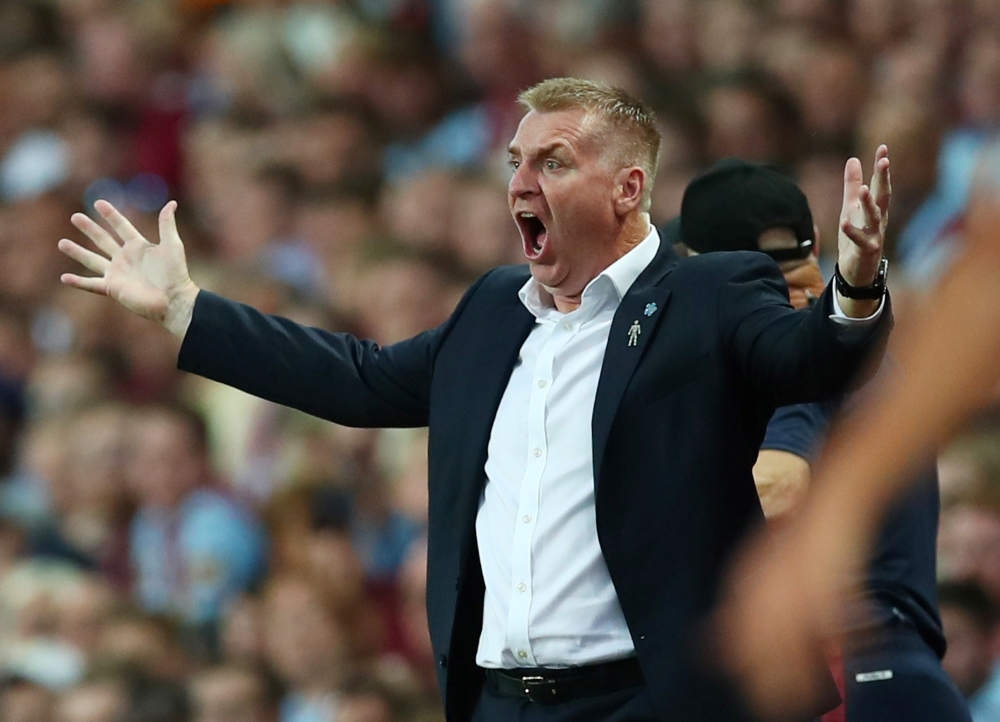 Dean Smith believes Aston Villa must make home advantage count if they are to survive in the Premier League this season.

Villa face a battle to retain their top flight status as they will head into the final 10 games of the campaign sitting 19th in the standings and two points adrift of safety.

Smith’s side do have a game in hand on all their relegation rivals but their recent form has not been good, as they have lost their last five games across all competitions and on Monday were thrashed 4-0 at Leicester.

The Villans have collected five of their seven league victories to date this season on home soil, while their record in night-time kick-offs is even more impressive at Villa Park, as they have won six and drawn one of their seven such games this term.

Six of Villa’s final 10 league games are on home soil, including Saturday’s evening clash with Chelsea, with Smith acknowledging his side need to produce on their own patch if they are to stand any chance of surviving in the division.

Back at Villa Park on Saturday. 🙌#AVFC pic.twitter.com/sr47EZARVC

“Whoever we play, it’s going to be difficult, whether it’s Chelsea, Arsenal, Manchester United, Manchester City, Leicester… they’re difficult games,” Smith told the Villa website. “But they’re ones we should relish because it’s at Villa Park.

Smith believes remaining in the Premier League should be regarded as a huge success for Villa on their first season back in the top-flight, but he knows it is going to take a lot of hard work if they are to achieve that goal.

“We all want the same thing, which is success. And success this season is staying in the Premier League,” Smith added. “So we have to work extremely hard to do that.”