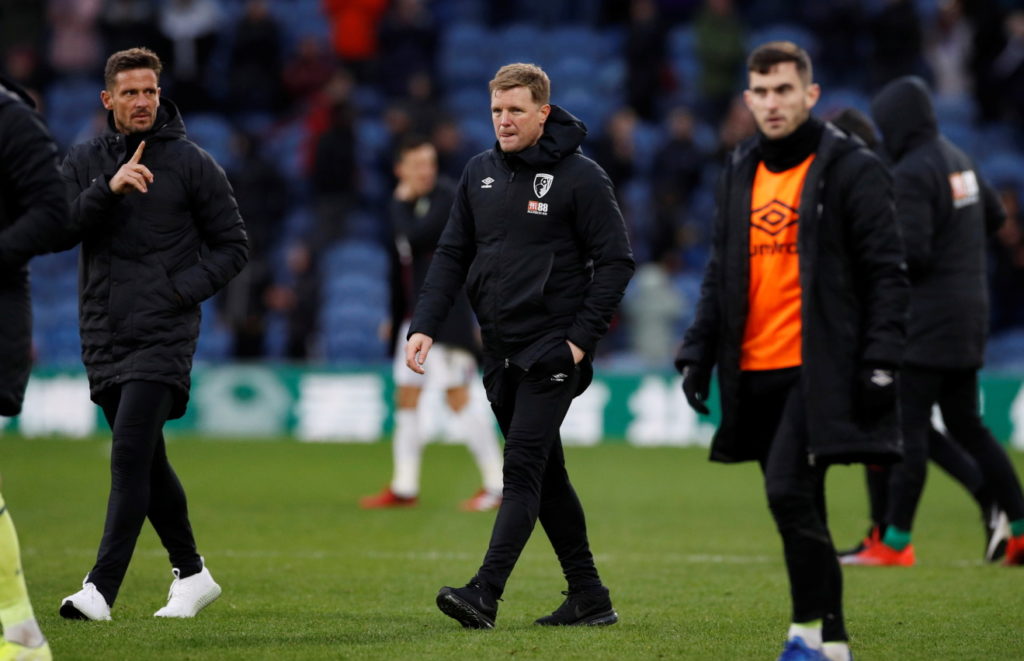 Bournemouth boss Eddie Howe is calling for a siege mentality within the squad as they look to beat the drop following a demoralising loss at Burnley.

Howe admitted Bournemouth “fell apart a little bit mentally” after being denied an equaliser and simultaneously having a penalty awarded against them by VAR on the way to a 3-0 defeat in Lancashire on Saturday afternoon.

The Cherries saw Joshua King’s first half effort chalked off after a suspected handball against Philip Billing after the ball came off his shoulder, before Matej Vydra scored following the break to give the hosts the advantage.

Harry Wilson’s equaliser after a counterattack was then ruled out by VAR and a penalty to Burnley awarded for Adam Smith’s handball which Jay Rodriguez converted, while Dwight McNeil added a sublime third before full-time.

And after having a second goal disallowed when the score could have been 1-1, Howe hopes the events at Turf Moor helps to create a siege mentality in their quest to beat the drop.

Eddie Howe gives his reaction to this afternoon's big talking points after the defeat to Burnley 🗣️ #afcb 🍒https://t.co/M07GjFutio

“I think it’s so difficult for the players today. It was too much in the latter stage of the game once the VAR decision, the second one happened, I thought we fell apart a little bit mentally and then Burnley came into the game,” Howe said.

“The only positive I can give is we have to look at this as extra fuel, extra motivation that things can be perceived to be going against you, but we have to use it to create a siege mentality, to create a mentality that is everyone against us in our pursuit to stay in the division.”

Even Clarets boss Sean Dyche, whose side sit eighth in the Premier League, admitted that his side would have found it tough to deal with such VAR decisions and conceding a goal straight after.

Bournemouth return to action on Saturday when they take on Chelsea and will be in need of a positive result as they remain in the thick of a relegation battle.