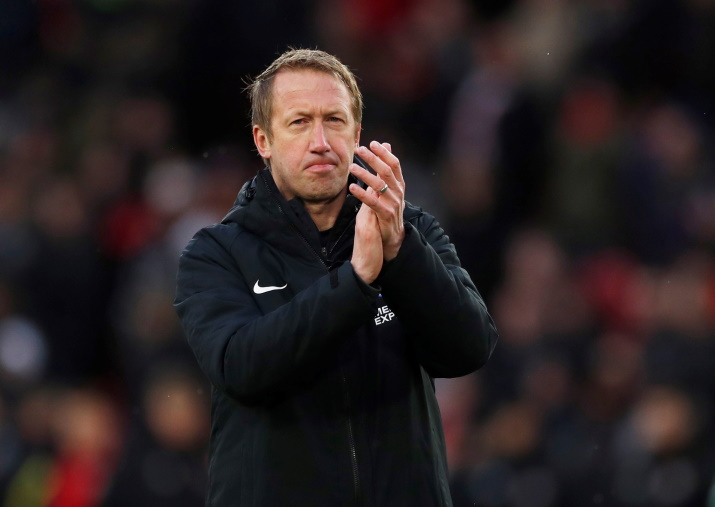 Graham Potter hailed the performance of Neal Maupay and was pleased with the point Brighton picked up at Sheffield United on Saturday afternoon.

Enda Stevens had put the Blades in front at Bramall Lane, however Maupay, a summer transfer target for the Blades, quickly equalised, and it remained that way as the Seagulls earned a 1-1 draw.

The point edged Brighton further away from the bottom three but Potter’s side remain without a Premier League win in seven matches and still with plenty work to do as they look to climb away from the relegation places.

The Albion boss was pleased with a draw, though, and felt Maupay’s goal was reward for his performance for the team.

“It’s very tough here and you know that when you come here you are going to have to earn it and I thought we did,” Potter said. “Sometimes you have to credit the opposition. It wasn’t that we didn’t want to play, it was that we couldn’t.

“But when we got our chance Neal took it and it was a reward for his overall performance and sacrifice for the team. He worked hard and ran and in the end his quality told with a personal reward for a selfless performance.”

+1 battled well today against a good side. Take the positives and work hard to get that win next weekend back at home. Travelling support again was immense. https://t.co/G2tvPCzxW6

Stevens opened the scoring after 26 minutes with a superb strike from the left side of the penalty area, arrowing the ball into the top corner after taking a touch to steady himself, but Maupay levelled four minutes later.

The hosts dominated the second half but were unable to find a winning goal and Brighton hung on to take the point.

Brighton remain four points above the relegation zone but have a tough run-in over the last 11 games of the season when they travel to Wolves and Leicester, and must entertain Arsenal, Manchester United, Liverpool and Manchester City.