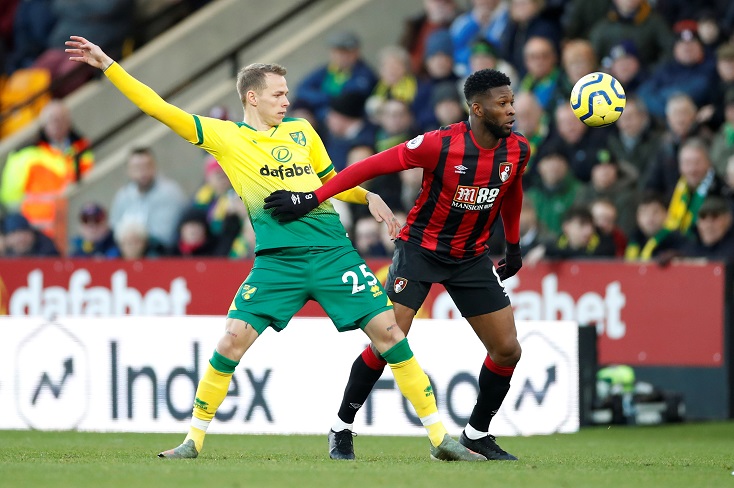 The Cherries claimed a 2-2 draw at home to Chelsea on Saturday but they dropped into the relegation places regardless, as rivals West Ham and Watford both picked up victories.

Only goal difference separates Bournemouth, the Hammers and the Hornets but Lerma’s side have a tough run-in in their final 10 games.

Eddie Howe’s men still have to face Wolves (a), Manchester United (a), Tottenham Hotspur (h), Leicester City (h) and Manchester City (a) – and are next in action at runaway league leaders Liverpool on Saturday.

Lerma knows Bournemouth have some tricky games on the horizon but the combative Colombian midfielder says they are confident they can secure enough points to avoid the drop down to the Championship.

“It depends on ourselves, not the opponents. We have to believe, focus, concentrate and make sure on Saturday we give everything.”

Lerma was on target on Saturday as he cancelled out Marcos Alonso’s opener for Chelsea.

Joshua King then gave the Cherries the lead but Alonso grabbed a second with five minutes of normal time remaining to deny Bournemouth all three points.

Lerma, 25, was disappointed the Cherries were unable to see the game out after holding a 2-1 lead for nearly 30 second half minutes but insisted that he was “happy” with his side’s performance and was delighted to get on the scoresheet as he managed his first goal of the campaign.