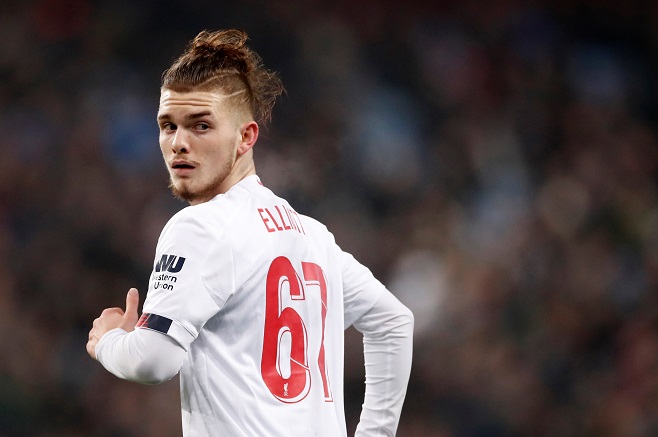 Bournemouth could be planning another raid on Liverpool's reserves after sending a scout to watch the Reds Under-19 side play Benfica in the Uefa Youth League.

According to the official scout list, the Cherries were one of several English clubs represented at Benfica’s 1-1 league draw with Moreirense on Monday and it is understood that Eddie Howe’s spy stayed over in Lisbon to watch the Youth League clash the following afternoon.

It was not a good day at the office for the Liverpool youngsters as they crashed out of the competition at the last-16 stage by losing 4-1 at Benfica’s Seixal training facility.

Liverpool were already 3-0 down by 26 minutes and got their only goal just before half-time, before conceding again in the second half.

It was a poor display from a number of their young talents – some of whom would have been disappointed not to have been included in Jurgen Klopp’s squad for the FA Cup fifth-round clash with Chelsea at Stamford Bridge.

Highly-rated ex-Fulham forward Harvey Elliott laid on the goal for Tyler Morton while Dutch duo Ki-Jana Hoever and Sepp van den Berg were tasked with keeping things quiet at the back.

All three could be on Bournemouth’s radar for a future loan swoop or permanent transfer and the number of deals the two clubs have done in recent seasons give credibility to the the theory that the Cherries scout was watching Liverpool players in the main and not their Portuguese conquerors.

#afcb scout watched Benfica U19 4-1 #lfc U19 in #UYL on Tues….probably for Liverpool youngsters like Harvey Elliott, Ki-Jana Hoever, etc

Another factor in that theory is that Bournemouth’s scout for Spain and Portugal is Simon Ward – the brother of Liverpool’s loan pathways manager Julian Ward.

The job of the Liverpool official is to help arrange suitable loan spells for emerging Anfield talents and manage them to a certain extent when they leave the club on such stints.

He will be in regular contact with Howe already over Harry Wilson, who is just one of many players to have trodden the path from Anfield to the Vitality Stadium in the last few years.

Earlier this season it was reported by the Athletic that the reason for the number of deals between the clubs is in part due to a friendship between Howe and Liverpool sporting director Michael Edwards.