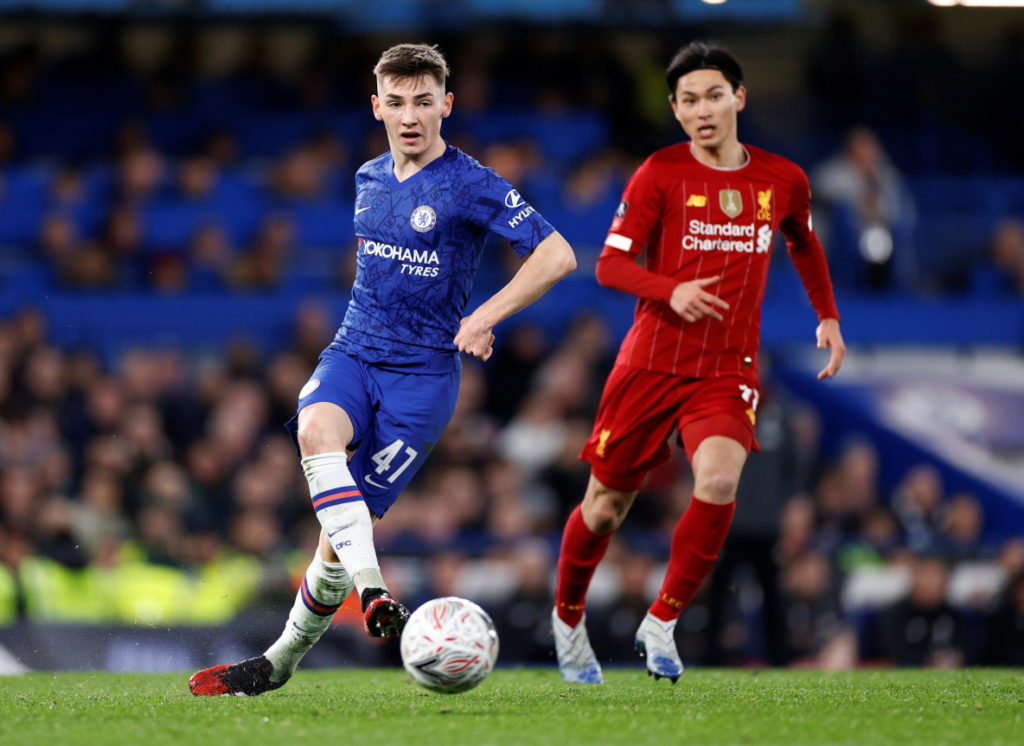 Billy Gilmour announced himself on the big stage when running the show against Liverpool and it looks as though Chelsea have a gem on their hands.

Chelsea have unleashed some exciting young players this season, with the likes of Mason Mount, Fikayo Tomori and Tammy Abraham impressing in the Premier League, but on Tuesday night, Chelsea fans got a glimpse of someone who could be the best of the lot.

Gilmour, 18, ran the show as Chelsea booked their place in the FA Cup quarter-finals with a 2-0 win over Liverpool, and was quite rightly handed the man-of-the-match award.

Boss Frank Lampard spoke glowingly of the player, who only stepped up to the senior squad last month, but is already showing that he has what it takes to go all the way.

Lampard says he ticks so many boxes, as he is happy to receive the ball in all positions, can pick a pass, put a foot in and do all the right things.

Great team performance and proud to receive the man of the match award tonight. On to the quarters 💪🏼💙 pic.twitter.com/RnVYDXWUGO

Not only that he is humble and appears to have the perfect attitude to succeed. The fact that Lampard trusts him and is ready to put him straight in for such a big game says it all.

There was a clamour for the youngster’s services while he was in the youth set up at Rangers, who were desperate to keep him. All the top clubs, including Barcelona, wanted him but Chelsea won the day and it could be a masterstroke.

After impressing in the youth set up, Lampard handed him his first appearance off the bench in the 2-2 draw against Sheffield United in the Premier League.

He followed that up with a start against Grimsby in the Carabao Cup, but it was on Tuesday when he really caught the eye and got everybody talking.

Such is the injury situation at Chelsea, Gilmour could be set for plenty more opportunities in the first eleven and do not be surprised to see him keep his place against Everton this weekend.

One thing that could go against him is his size as he is not the biggest, but Lampard is not concerned and the fact that he is such an intelligent player and so gifted with both feet makes up for it.

The Blues chief  will have a tough decision to make on what to do with Gilmour next season, and the situation could be similar to that of Phil Foden at Manchester City.

The talent is there for all to see but has to be handled and nurtured in the right way.

Game time for now will be limited and a loan move somewhere is also an option.

Whatever the next move is one thing is for certain, Chelsea have a hot player on their hands and one that could star for them for many years to come.