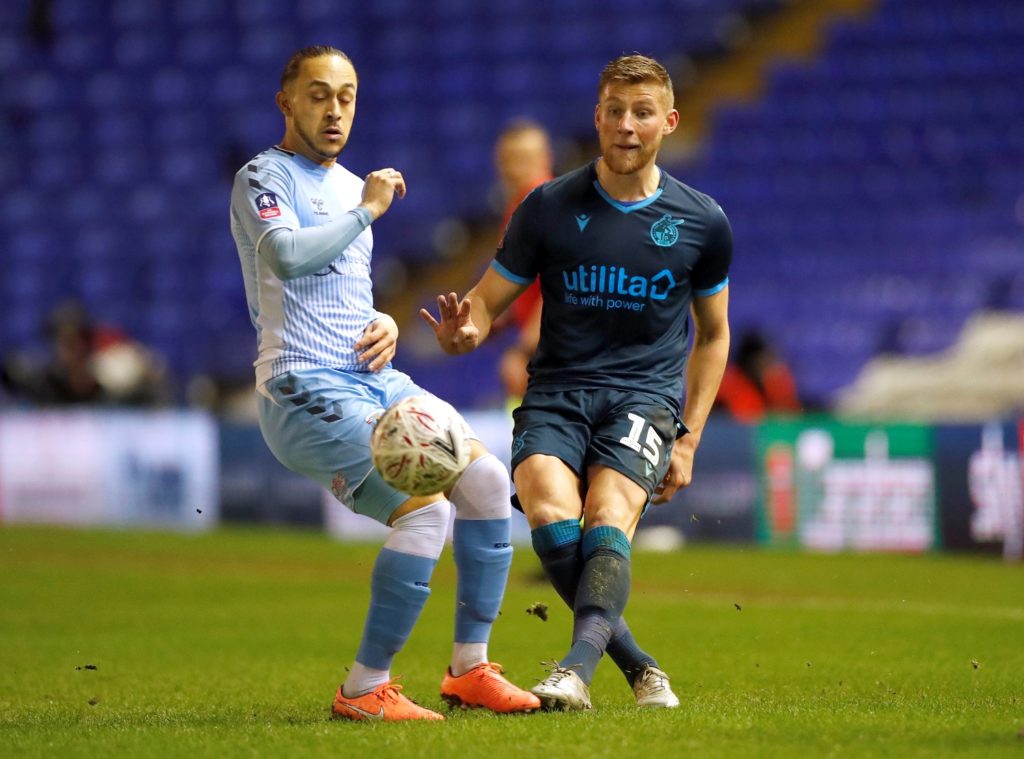 Kilgour has been handed a regular role in the Pirates’ starting XI this season, starting 33 of their 35 League One games.

The Bath-born defender graduated from the club’s academy in 2016 but had to wait until 2019 until making his senior debut.

He enjoyed spells on-loan with Mangotsfield United, Cirencester Town, Hungerford Town and Maidenhead United between 2016 and 2019 to gain first-team experience.

Those spells away from the Memorial Stadium have proven to be hugely beneficial and Kilgour is now regarded as a key figure with his boyhood club.

Despite The Gas’ struggles in the league this term, Kilgour has impressed and is attracting interest from higher up the ladder.

Reports recently suggested Southampton and Queens Park Rangers had been keeping tabs on the centre-back.

Bournemouth are the latest club to be linked with his services as Eddie Howe looks to freshen up his backline.

The south coast club have the fifth worst defensive record in the division and they are in serious danger of losing their place in the top-flight.

Howe is still heavily reliant on 35-year-old Simon Francis, while Nathan Ake continues to be linked with a move elsewhere, and a new recruit in the heart of defence is a top priority.

The Cherries boss has earned a reputation for acquiring talent from the lower regions of English football and Kilgour could be the latest to join his project at the Vitality Stadium.

Aaron Ramsdale, Jack Stacey, Lloyd Kelly, Chris Mepham, David Brooks and Sam Surridge have all been handed the chance to feature at Premier League level after cutting their teeth at Championship level or lower.

Kilgour certainly seems to fit the criteria but dropping out of the Premier League could prove detrimental in their attempts to beat their rivals to his signature.