Brighton youngster has a future in the middle of the park 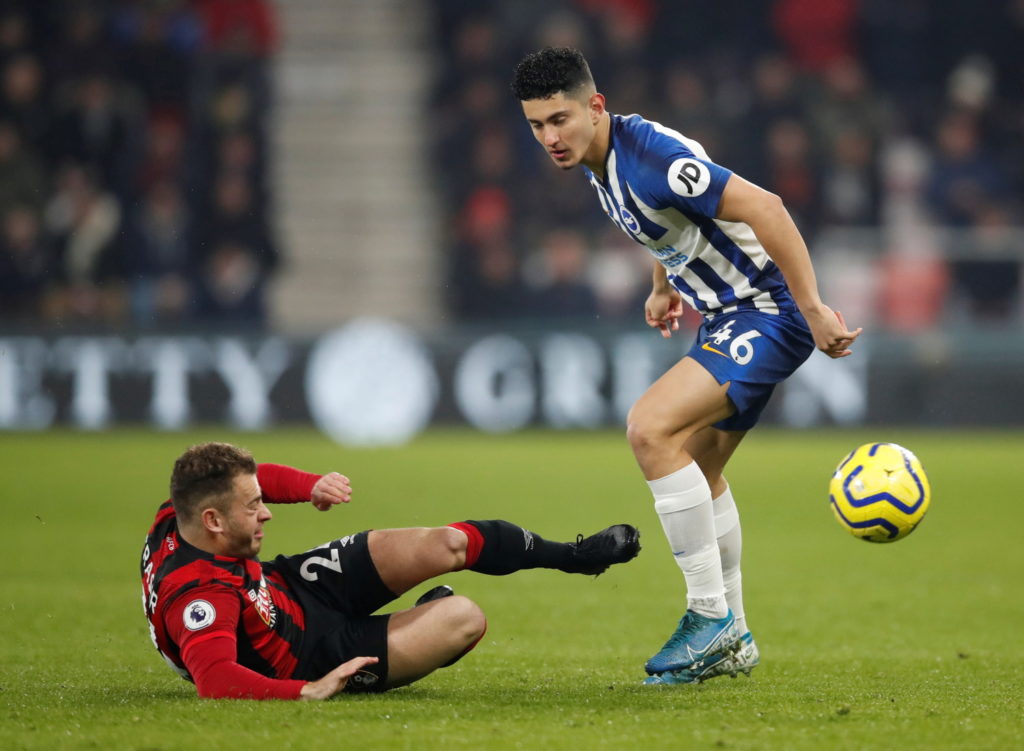 Brighton youngster Steven Alzate has been told that his future is likely to be in the middle of the park rather than on the flanks.

The London-born youngster is a versatile player who can operate in a number of positions and has been used out wide on a more regular basis as well as in the full back positions but prefers to be used in the middle of the park.

Brighton boss Graham Potter has used him as a right-back in the past two games and he is expected to line up there again this weekend in the crucial relegation battle at West Ham.

The Colombian can switch during the game as he did when he swapped positions with Dale Stephens in the defeat to Bournemouth but long term the boss sees him operating in the middle of the park.

Potter, who says the youngster is one of the coolest heads on the pitch despite his age, told the Argus: “He will end up in the centre of the pitch but some of his quality is incredible.

“He can play anywhere. He is going to be a top player.”

The 21-year-old says he is happy to play in any position needed by the team as long as he is getting a run out in the side. That includes switching to left-back if needed but he sees his future as a midfielder.

He told the website this week: “As long as I am playing, I will play anywhere but in the long run I’d like to be in as a midfielder, but I don’t mind going in even at left back – I will always do a shift for the team.”

Brighton will need Alzate and the rest of the players to stand up and be counted as they battle with the drop, starting this weekend with the trip to fellow strugglers West Ham at the London Stadium.