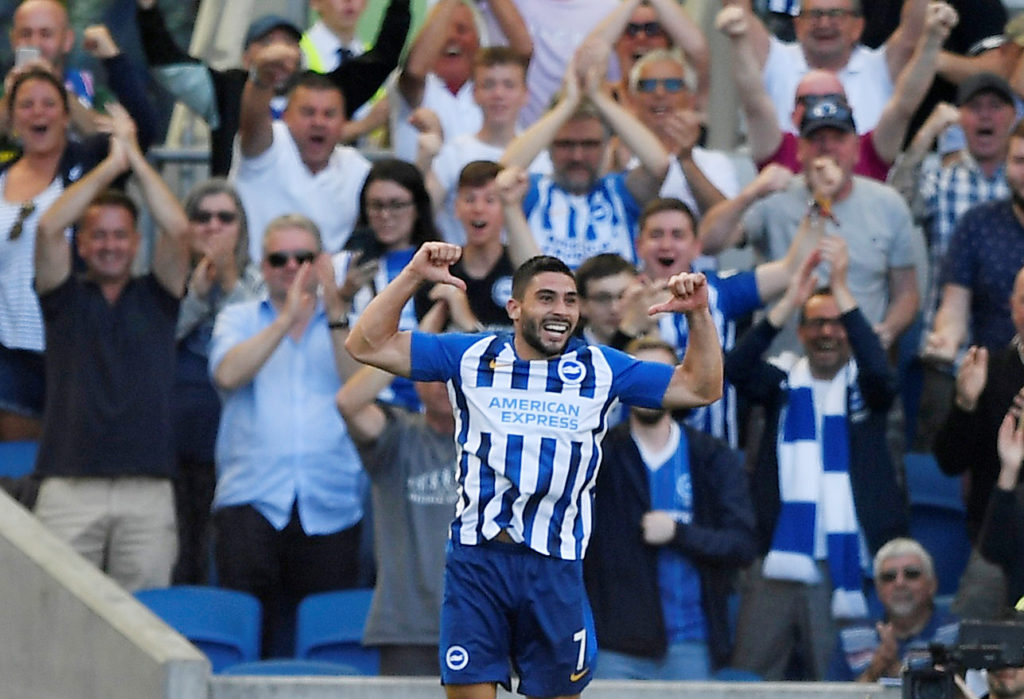 Brighton striker Neal Maupay is satisfied with his performances although he also believes he can improve further.

Maupay made the move to the Amex Stadium in August in a reported £20million deal from Brentford and has managed eight goals in 29 appearances across all competitions this season.

The 23-year-old Frenchman hasn’t been quite as prolific as he was for the Bees as Maupay hit 25 goals in 43 Championship games last term, but he insists he is happy.

“Personally, I believe in myself, I know I am doing the right things in training so I can be good in games,” he said, as reported by the club website.

“And the team improves, which I am sure will happen, I think I can get even better.”

Great character from the team today. Thank you for your massive support once again 🔵⚪️

It remains to be seen if Maupay will be able to add to his tally this season as it is unclear when – or indeed if – the current season will resume.

All elite football in England has been postponed until at least April 3 due to the coronavirus pandemic and there is a very real chance that time frame will be extended.

Maupay feels the correct decision has been made in regard to suspending the season.

He said: “Like everyone we have been following the news and the advice we are given. We are aware of the situation and health is more important than football.

“It’s not been normal in training, we’re all aware of the situation. There is contact in football, but we try not to stay too close or shake hands as well as washing our hands regularly and not touching our face.”

If the football season is able to resume next month, Brighton will return to action with a home game against Manchester United on April 4.