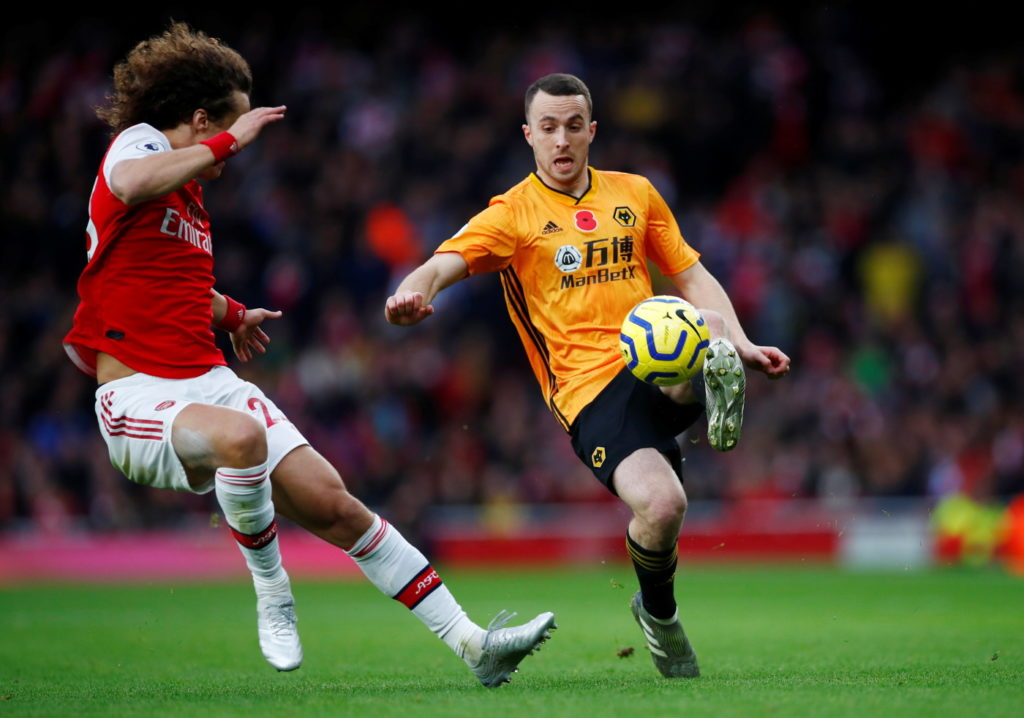 Arsenal are understood to have an interest in Wolves forward Diogo Jota as they look to put plans in place for the transfer window.

The Gunners are keen to freshen up their squad during the off-season, having kept their powder dry, in the main, in January, signing Pablo Mari and Cedric Soares on loan.

Head coach Mikel Arteta has targeted several positions he would like to improve when the transfer window does open and adding to his attacking options would appear to be near the top of his wishlist.

There is uncertainty over the futures of both Pierre-Emerick Aubameyang and Alexandre Lacazette although both have stated they won’t look to move on from the Emirates Stadium should Arsenal fail to qualify for next season’s Champions League.

Arteta is likely to have to let certain players move on in order to fund any moves, so any business they do conduct could be dependent on who they sell, especially if they miss out on the boost in revenue qualifying for Europe would bring.

However, should Arsenal manage to fill their coffers, Wolves’ Jota is understood to be high on their list of priorities, according to the Mirror.

The 23-year-old has been a massive hit at Molineux since making a surprise switch from Atletico Madrid to Wolves in the summer of 2017 when the club were still in the Championship.

The Portuguese has scored 43 times in 120 appearances for Wolves, while also contributing 19 assists, and has formed an effective partnership with Raul Jimenez in attack for Wanderers.

Diogo Jota and Raul Jimenez is arguably the best pair of strikers in the Premier League at the moment. pic.twitter.com/fffxPPKu6S

Arsenal are thought to view Jota as someone who could operate out wide as part of front three, a position he has filled on occasion for Wolves.

Any deal for Jota would be complicated by the fact Atletico Madrid are due a share of any transfer fee Wolves receive.

Wolves paid £12million to sign Jota in the summer of 2018, having initially taken him on loan for a year, and they would expect to receive more than double that sum were they to sell him.