Barber pushing for Premier League season to be completed 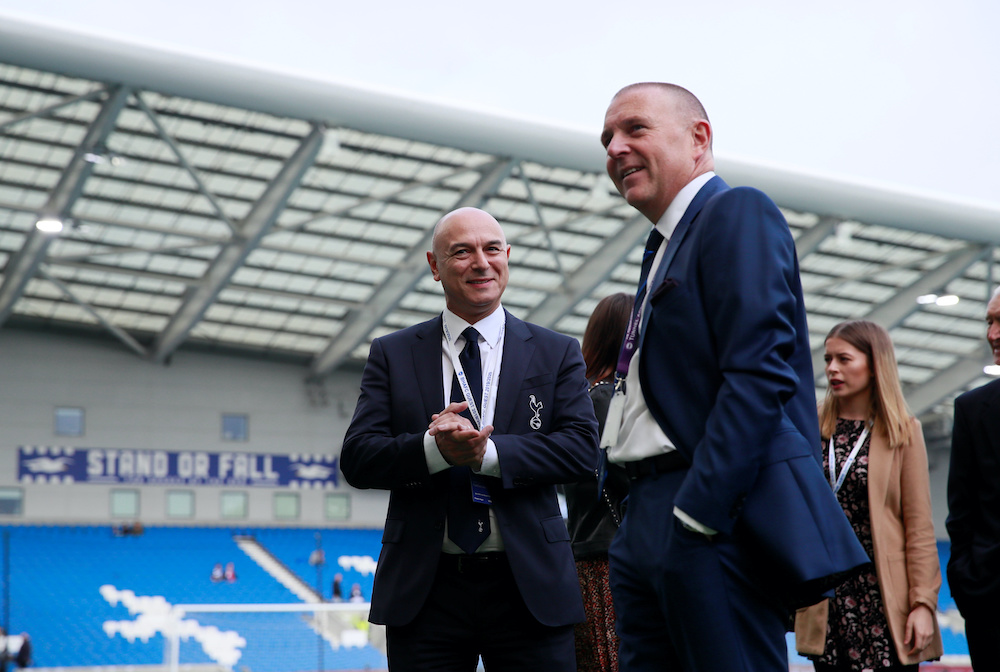 Brighton chief executive Paul Barber says the Premier League must make it their priority to finish the 2019/20 season.

It was announced on Friday that football in Britain would be temporarily suspended until at least April 3 due to the threat of spreading the coronavirus.

Barber has admitted it is tough to see the Premier League campaign resuming on April 4 as the British government tries to contain the outbreak and top-flight officials are set to meet on Thursday to discuss their plans.

That meeting will take place after Uefa have announced whether they are opting to delay Euro 2020 for a year in order for Europe’s domestic leagues to complete their season.

However, even if Europe’s governing body pushes back the European Championships, there might not be enough time to play the remaining fixtures.

Barber has put forward his contingency plan if the season has to be scrapped, suggesting that Premier League relegation is done away with while Leeds and West Brom are promoted from the Championship.

The 2020/21 Premier League table would then feature five relegation spots to reduce the competition back down to 20 teams in the long run.

Should Premier League clubs help those lower down the leagues who might struggle financially after the suspension of games?#BHAFC Chief Executive Paul Barber joins us on Football Focus on @BBCOne#bbcfootball pic.twitter.com/h78iF7jkok

Barber says that isn’t an ideal solution to the issues created by the coronavirus, admitting it wouldn’t be fair for those Championship sides currently in the play-off places who would potentially miss out on £150million if they are denied the opportunity to go up.

The Seagulls chief has instead called on the Premier League to do all they can to complete the current season, believing that is the best possible outcome.

He told The Argus: “Our priority is, and must be, to complete the season if we can.

“Sadly, whatever happens, the way things are, I fear something will have to give somewhere if we are faced with being unable to complete the season in a reasonable timeframe.”