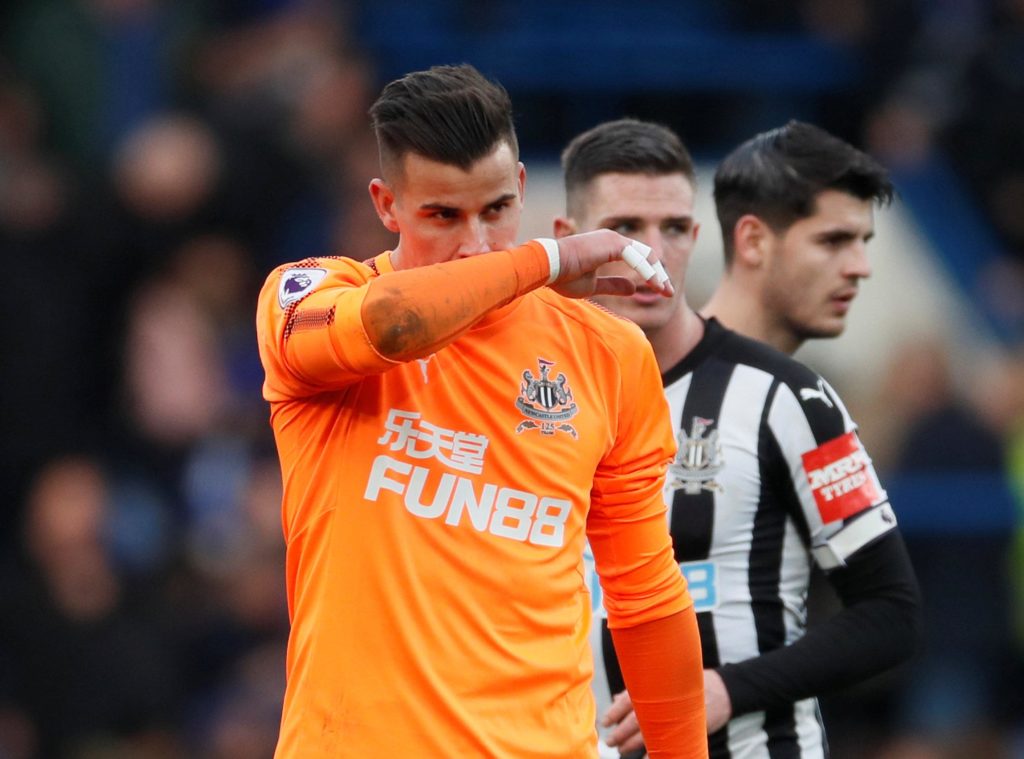 Newcastle boss Steve Bruce is confident Karl Darlow will not let the side down if and when he finally gets the chance to fill Martin Dubravka's sizeable boots.

An injury to Dubravka meant that Bruce was ready to throw the 29-year-old Darlow into Premier League action for the first time in two years but the coronavirus outbreak put a stop to all that as all fixtures have been suspended for at least the rest of this month and in all probability a lot longer.

Dubravka played 79 consecutive top-flight games before being ruled out for at least a month with medial ligament damage, but the break in fixtures gives the Slovakia international a great opportunity to be back fit when the time comes to start again.

That could mean that Darlow would once again have to remain patient in his quest to get back to first-team action as the enforced lay-off leaves him kicking his heels.

Bruce said: “Darlow’s been waiting all these years. Look, he’s played in the cups and played very, very well.

“Karl is very, very decent. I see him every day. He’s a very good goalkeeper, so if he gets his chance, I have no problem that he’ll be a very good deputy for him.”

Leeds are looking to bring Newcastle United keeper Karl Darlow in on loan. Newcastle would prefer to move him on permanently and value the 28-year-old at £4 million. [@PhilHayYEP] #LUFC pic.twitter.com/rv5FAYgB4G

Former Sparta Prague keeper Dubravka kept a clean sheet on his debut in a 1-0 win over Manchester United a week later, and has been the man in possession ever since until his injury in the clash with Southampton in Newcastle’s 1-0 win earlier this month.

He kept a clean sheet in that game, his ninth of the season, which is outstanding for a side in the wrong half of the table.

Dubravka may have thought his long run of consecutive games had come to an end but the coronavirus may see him stay between the sticks if he can recover before the football action resumes.