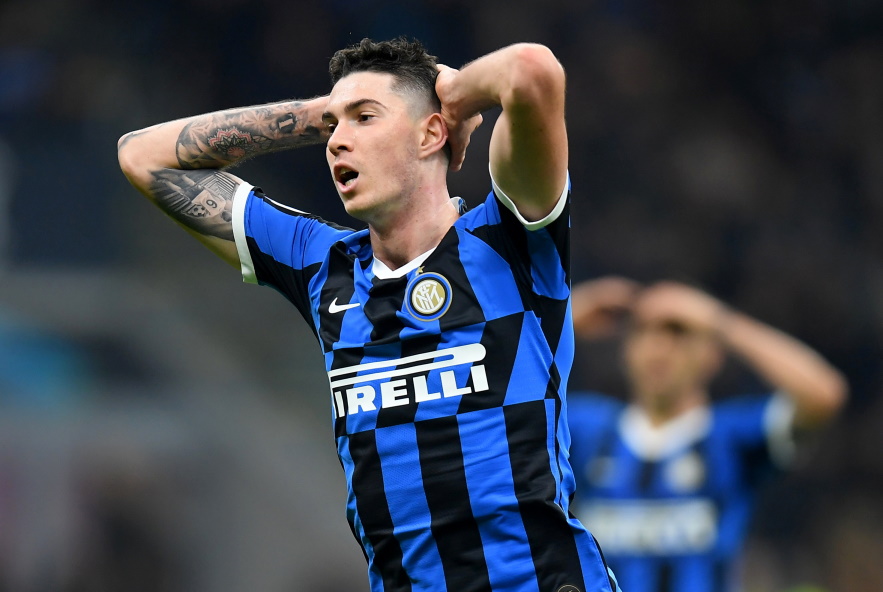 Barcelona will face strong competition if they attempt to lure defender Alessandro Bastoni away from Inter Milan in the summer.

Barcelona are looking to make changes in central defence during the close season with Samuel Umtiti, who is a target for Manchester United and Arsenal, expected to move on to pastures new, and a replacement will be needed.

Bastoni could be that player after catching the eye with some sparkling performances for the Nerazzurri this season.

The 20-year-old has taken his game on to another level under the leadership of Inter head coach Antonio Conte, making 17 appearances in all competitions, and the offers could now start to come in.

Reports claim that as well as Barcelona, English Premier League side Manchester City are also interested and will rival the Catalan giants for his services.

Barcelona have entered a war with Manchester City to take over the services of centre-back Alessandro Bastoni (20). It will take a big financial effort to take him away from Inter Milan. [tuttosport via md] pic.twitter.com/rowYHzTsiu

City have had issues with injuries in central defence this season and their boss Pep Guardiola is looking to make additions ahead of next season.

The two clubs could also have a job on trying to get the player away from the San Siro as Inter Milan are hoping to build a side capable of challenging for the Champions League and Bastoni will very much be a part of that.

Bastoni has already earned a reputation as a solid central defender, who is comfortable with the ball at his feet and likes to play out from the back.

Therefore it is no surprise that Barca and City are keen, and why Inter are desperate to keep hold.