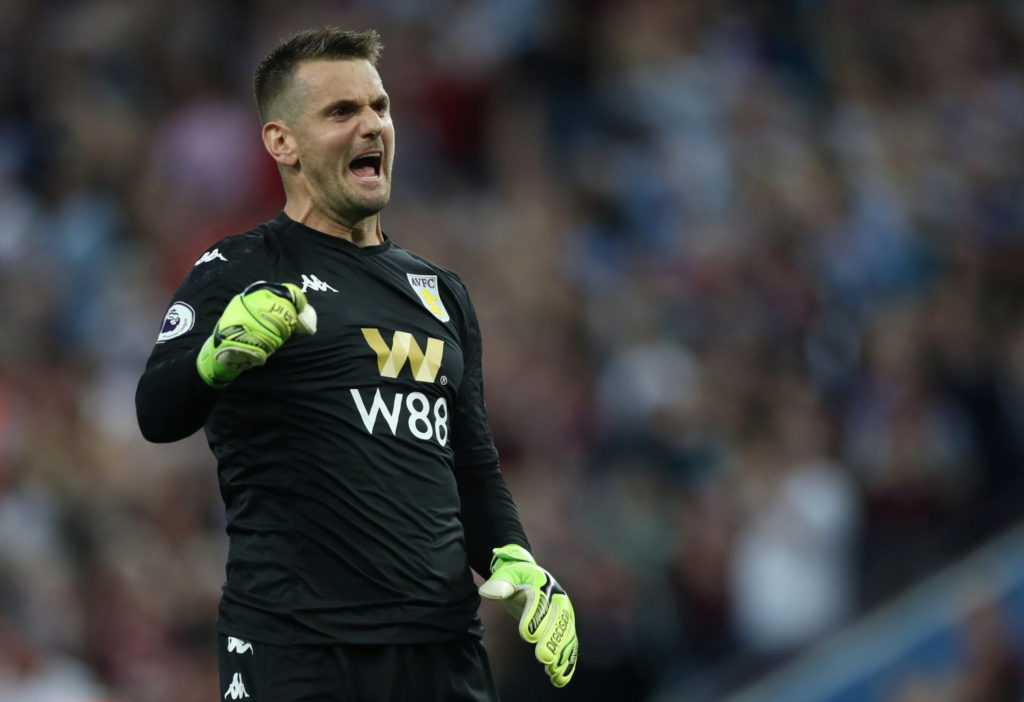 Former Burnley goalkeeper Tom Heaton admits he would love to take up a coaching role with the Clarets when his playing career is over.

The 33-year-old enjoyed six years at Turf Moor, making 200 appearances in all competitions and winning promotion to the Premier League on two occasions.

He moved to Aston Villa in the summer of 2019 and amassed 20 top-flight starts before injury struck against Burnley on New Year’s Day.

The man with three England caps suffered a serious knee problem and, set to miss the rest of the season for the West Midlanders, has no chance of playing for the Three Lions at Euro 2020.

England and Villa keeper Tom Heaton has given us an update on his injury. #avfc #bbcfootball #motd2 pic.twitter.com/qhGXDvajLT

He is hopeful of getting back to full fitness next term but confessed that a future coaching position at the Lancashire club is definitely on his bucket list.

“That would certainly be a possibility for me, I hope I have a good few years left playing yet but once that comes around I will be open minded to anything but that is certainly up there on my list,” he told Match of the Day Instagram feed after appearing on Sunday’s Match of the Day 2.

The Chester-born shot-stopper began his professional career with Manchester United but, during five years on the Red Devils’ books, failed to make a single appearance for the club.

He enjoyed loan spells with Swindon Town, Royal Antwerp, Cardiff City, Queens Park Rangers, Rochdale and Wycombe Wanderers before – via Cardiff and Bristol City – ending up with the Clarets in 2013.

Heaton admitted his love for the club but felt he timed his exit to perfection last summer.

“I think I was ready for a fresh opportunity, I was also acutely aware that it had been so good that there is probably a right time to leave,” he added.