Abraham disappointed to see Chelsea miss out on Cavani 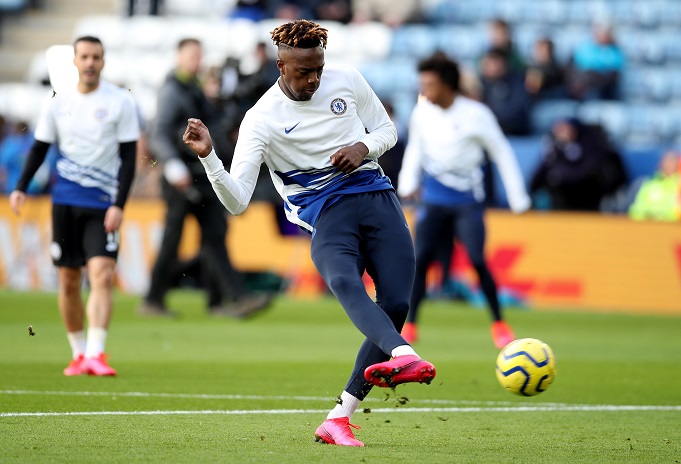 Chelsea striker Tammy Abraham admits he and his team-mates were relishing the prospect of seeing new blood join the club last month.

In what was a very frustrating transfer window for Frank Lampard, the Blues failed to add any first-team players to their squad.

Chelsea were linked with several faces throughout the window, with PSG striker Edinson Cavani’s name cropping up constantly.

Dries Mertens was also rumoured to be potentially joining Chelsea but no deals materialised and they now have to stick with what they have for the rest of the season.

It came as a huge disappointment for Lampard, who was able to sign players for the first time following the Court of Arbitration for Sport’s decision to overturn their transfer ban.

Abraham was also evidently disappointed not to see the arrival of any new players at Stamford Bridge.

The 22-year-old, who is Chelsea’s top scorer in the Premier League this season with 13 goals, says they would have all been lifted by the acquisition of someone like Cavani.

“The players we were talking about coming, like Cavani and other top-class strikers, have been around in the game for many years,” said Abraham.

“It would have been nice if he had come. He would have been someone I could have learned from and stolen his ideas to add to my own! It didn’t happen, though, and for me it gives me that extra push and desire to claim my position and be as best as I can.”

Chelsea’s form has been mixed in the last two months but they are still clinging on to their top-four position in the Premier League following Saturday’s creditable 2-2 draw away at Leicester.

Abraham’s form has mirrored the side’s, with the England forward only netting two goals in his last 10 league games.

Lampard’s failure to acquire a striker means that Olivier Giroud will remain with the club until the end of the season despite being heavily linked with a move away.

The Frenchman, who is aiming to be a key part of his country’s quest for Euro 2020 glory, has figured just five times in the Premier League this season but now he and Michy Batshuayi will battle with Abraham for the lone role in attack.