Saints star said to be unhappy amid Bundesliga interest 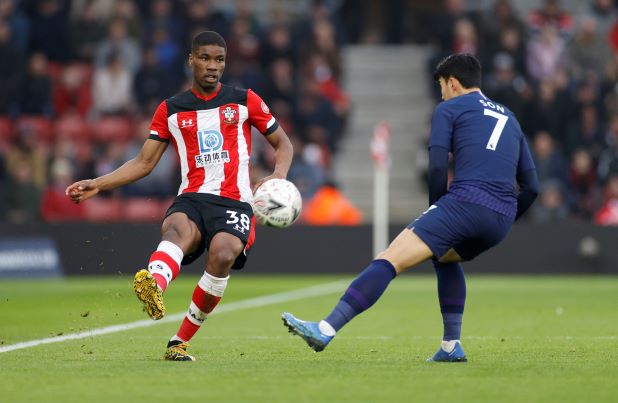 RB Leipzig reportedly tried to sign Saints defender Kevin Danso last week amid claims that the Austrian is unhappy with his situation at St Mary's.

Bild reports that two German clubs wanted to take the 21-year-old back to the Bundesliga in the winter transfer window with not just Leipzig but struggling FC Koln also making enquiries.

Leipzig had a hectic transfer window as they sought to bring in reinforcements to aid their title tilt, losing out on Valentino Lazaro to Newcastle United and failing to pull off deals for Chelsea’s Andreas Christensen, Freiburg’s Robin Koch and Benjamin Hennrichs.

They did agree personal terms with Hennrichs but refused to meet Monaco’s valuation of the full-back.

Bild state their focus then shifted to Danso, but a deal to take the Austrian could not be finalised before the transfer window closed on Friday.

According to the newspaper, Danso is unhappy Southampton because of a lack of minutes on the pitch. Since November, he has only made two FA Cup appearances under coach Ralph Hasenhuttl and was on the bench at Anfield on Saturday.

The Austrian joined Saints last summer in a season-long loan deal from Augsburg that was the very last deal to be announced on deadline day, hours after the window actually closed.

Speaking at the time, Hasenhuttl was delighted to get Danso on board, saying: “Kevin is another signing that fits our model of being a talented, young player who adds quality to our first-team squad. He will improve our defensive options, so this is an excellent way for us to finish our business.”

However, it now looks like he was just a squad-filler and doubts have been cast over whether Saints will take up their buy option to bring him to the club on a permanent basis.

Having been unable to play in his preferred centre-back position, Danso has been used mainly as a right-back when called upon by Hasenhuttl.

The loan signing of Kyle Walker-Peters from Tottenham has increased competition for places in the Southampton defence in that area too.