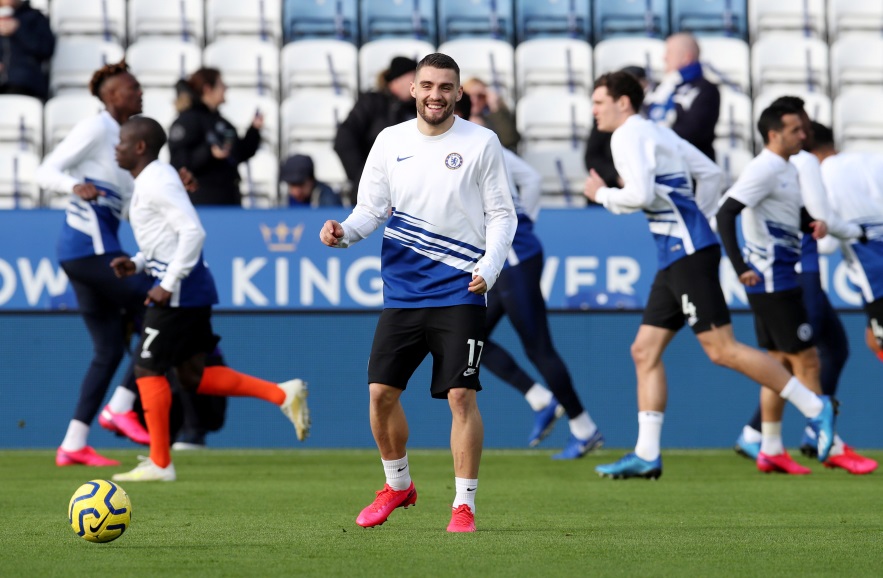 The Croatia international has enjoyed himself this season after making 32 appearances in all competitions for the Blues.

Kovacic was signed by Sarri on a season-long loan deal from Spanish giants Real Madrid, but he flattered to deceive despite making 51 appearances in total.

Not all Chelsea’s fans wanted him to sign on a permanent deal but he penned a five-year contract at Stamford Bridge in July 2019, while Sarri moved on after just one season before joining Serie A champions Juventus.

He has scored two goals for the west London club this season, but it is Lampard that has got the best out of him.

Kovacic has featured in all but three Premier League games this term, and he has praised Chelsea’s all-time top goalscorer for improving his game and the club’s training methods, while calling Sarri’s approach ‘monotonous’.

“I came to Chelsea under Sarri, but I must say that Lampard is an exceptional manager,” the 25-year-old told FourFourTwo. “He has kept the character he had as a player in his personality as a coach, which has inspired all of us.

“He commits himself with everything he’s got. Training is always challenging and different from last season.

“That’s probably the main difference between Lampard and Sarri, who made the concept of training quite monotonous. There were a lot of similar training sessions with a focus on tactical preparation.”

Kovacic has helped Lampard’s side move into the top four this season, but their run of three games without a win has allowed Tottenham to move within four points of them.

Chelsea are currently enjoying their mid-season break, and they are back in action on Monday, February 17 against Manchester United.