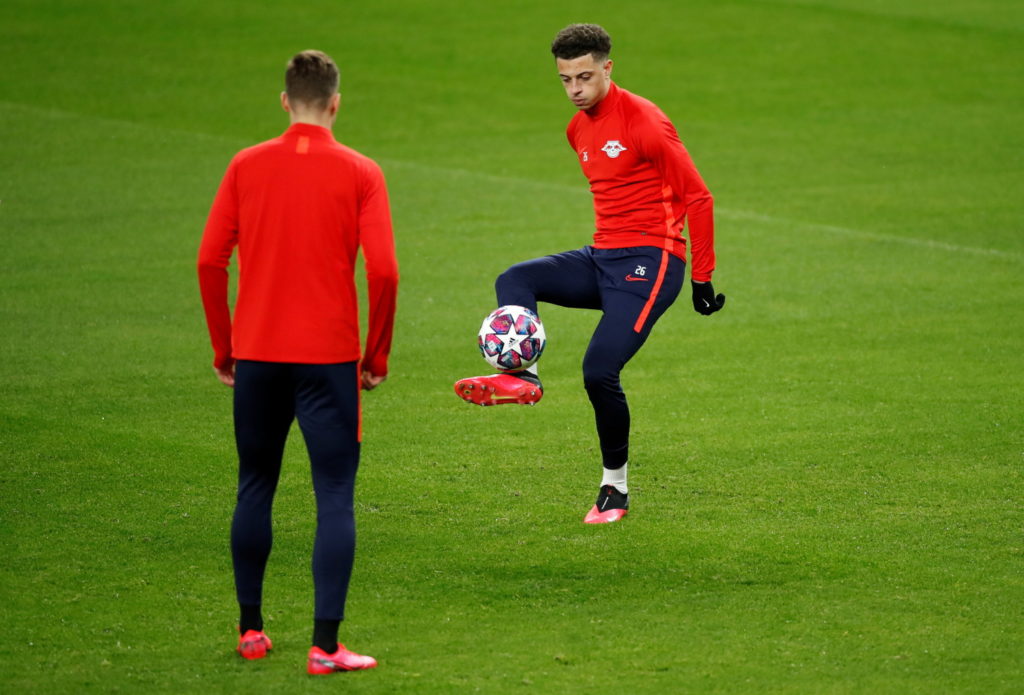 RB Leipzig Ethan Ampadu says he is buoyed by the number of youngsters thriving at Chelsea and hopes to stake a claim next season.

Ampadu was loaned out to Leipzig from Chelsea over the summer on a season-long deal but he hasn’t been handed a huge amount of gametime.

The 19-year-old has been unable to force his way into Julian Nagelsmann’s plans in the Bundesliga, making just three appearances from the bench.

He did, however, get the nod to start Wednesday’s 1-0 Champions League last-16 first leg victory over Tottenham in north London due to a minor defensive crisis.

It was the second time he has been named in the XI in the elite European competition after starting against Benfica in November and he made full use of his opportunity.

19-year-old Ethan Ampadu made more passes, completed more passes, made more interceptions and had a higher pass accuracy than any other player on the pitch during Spurs 0-1 RB Leipzig.

The versatile teenager was deployed as the central figure in a back-three at the Tottenham Hotspur Stadium as Arsenal target Dayot Upamecano missed out through suspension.

Leipzig have earned a reputation for developing young players and, although he hasn’t featured regularly, Ampadu will be benefitting from the experience in Germany.

Chelsea have also turned to youth this season with Frank Lampard at the helm after being banned from signing players last summer.

The likes of Tammy Abraham, Mason Mount, Callum Hudson-Odoi, Reece James and Fikayo Tomori have profited from the club’s shift in attitude towards youth.

Wales international Ampadu, who could end this season with a Bundesliga title and a Champions League winners medal, has revealed an ambition to be part of the new wave at Stamford Bridge next term.

Ampadu said: “I am always watching Chelsea and seeing what is going on. It is good to see the young players are shining at the moment.

“They are in the top four so fingers crossed they can hold on to that. I would like to go back, I aim to, but right now I am focused on Leipzig and finishing the season.”