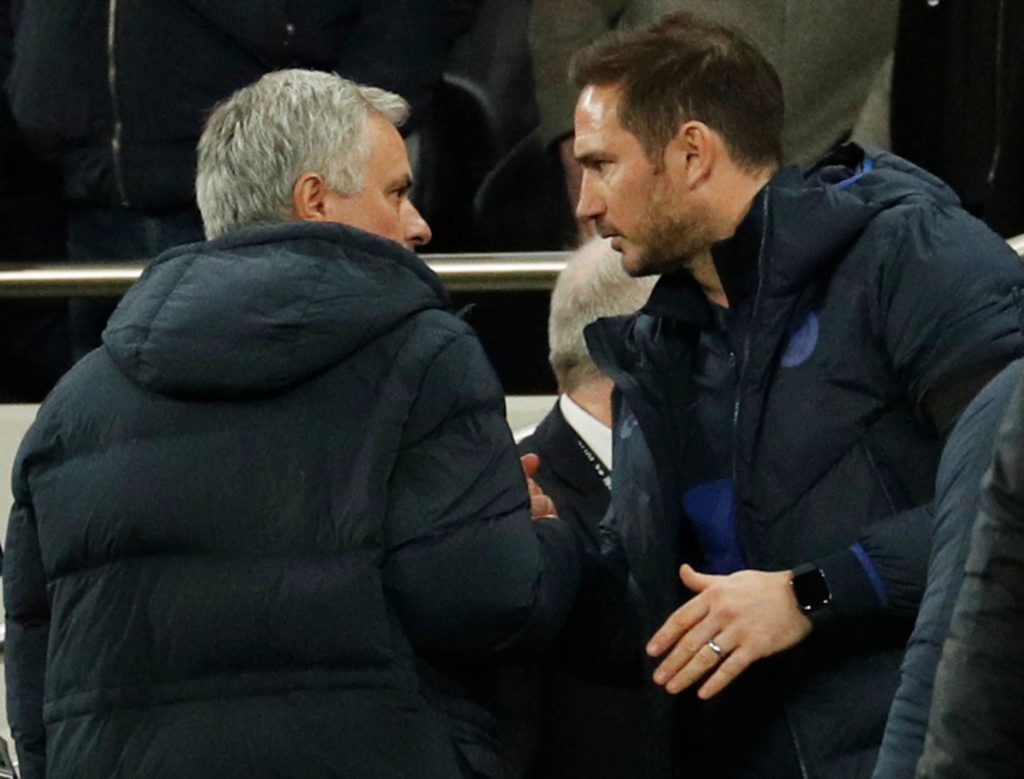 The top-four picture could change on Saturday as Tottenham look to move ahead of Chelsea in the race for a Champions League spot.

The apprentice, Frank Lampard, meets the master, Jose Mourinho, in this London derby at Stamford Bridge in the early kick off on Saturday.

Time to reset. Another huge game is on the horizon.

Lampard was a key figure at Stamford Bridge during both of Mourinho’s spells in charge of the west London outfit.

Chelsea have been cut adrift from third-placed Leicester after winning just one of their past five Premier League games, while they have only won three times since December 4.

Leicester are nine points clear and look to have their European berth sewn up but the race for fourth place is shaping up to be an interesting one.

The Blues have come under serious pressure from a chasing pack which includes Tottenham, Sheffield United, Manchester United, Wolves and Everton.

Lampard needs to address their form, or lack of, quickly or risk slipping down the standings in the final 12 games of the term.

N’Golo Kante will miss this meeting and Lampard has confirmed he is set to be sidelined for three weeks with a muscle injury, while Christian Pulisic is also not fit.

Tammy Abraham has trained this week could return to the starting XI after sitting out Monday’s loss to Manchester United.

Ruben Loftus-Cheek is also set to be named in the squad for the first time this season, however, Lampard says he won’t start.

Andreas Christensen was forced off against the Red Devils with a broken nose but he will play wearing a protective mask.

Tottenham started out inconsistently under Mourinho but they have found their feet in recent weeks despite injuries beginning to pile up.

An unbeaten run of four, winning the last three, has propelled them into the mix for a top four finish, although they have only prevailed in one of their last four on the road.

Erik Lamela and Tanguy Ndombele are pushing for starts after returning from injury as substitutes against RB Leipzig.

But Mourinho faces a selection headache in attack with both Son Heung-min and Harry Kane ruled facing lengthy spells on the sidelines.

Chelsea boast an impressive record when hosting Tottenham across all competitions – losing just once in the last 33 meetings.