Lampard not getting carried away after Chelsea win 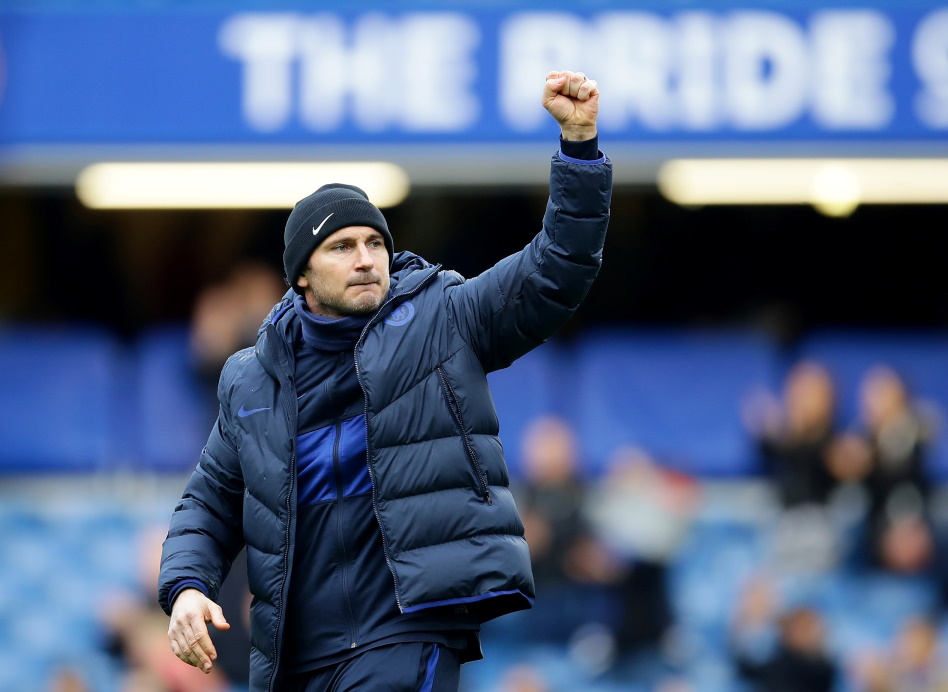 Frank Lampard has played down Chelsea’s recent revival and says there is plenty more hard work to be done if they are to make the top four.

Tuesday’s hugely-impressive FA Cup win over league champions-elect Liverpool, and now Sunday’s thrashing of the Toffees have pushed Chelsea back into top form.

The Blues secured just a second league win in seven, however, leaving Lampard circumspect about both their recovery and status in the race for Champions League qualification, despite securing fourth spot.

Lampard is wary of suggesting Chelsea have found a second wind and says they now face a tough task taking on an Aston Villa side fighting for their lives and could come unstuck unless they are fully focused.

It would not be the first time that has happened this season and Lampard says consistency is the key.

“There’s still a long way to go. It may look a small cushion from fifth now, but we have to fight to the end,” he said. “It is in our hands, and when I said we were underdogs before, I was looking at the bigger scene. I’m not going to say we’re favourites now.

Scottish youngster Gilmour doubled down on his stunning showing in the win over Liverpool by also bossing the game against the Toffees.

The 18-year-old excelled on his full top-flight debut in the complex creative role at the base of a Chelsea midfield missing the injured N’Golo Kante and Mateo Kovacic, and the suspended Jorginho.

Blues boss Lampard also admitted Gilmour has the all-court game to excel anywhere across Chelsea’s midfield, boosting his chances of regular appearances even when the senior absentees return to action.