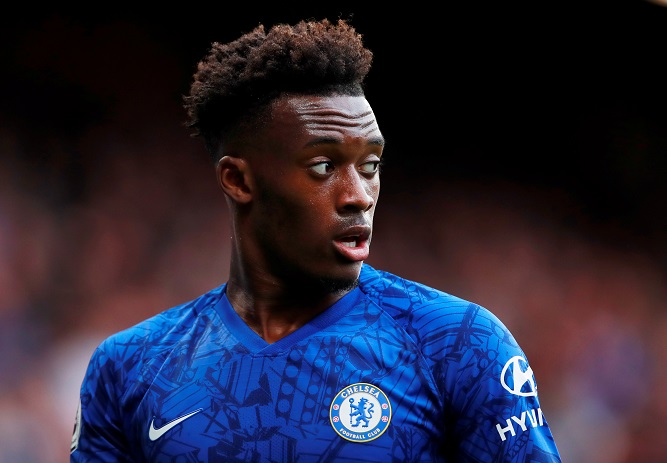 Callum Hudson-Odoi says he's recovering from the coronavirus at home, with the entire Chelsea squad in self-isolation as a result.

England international Hudson-Odoi is reported to have displayed symptoms on Monday morning and has since stayed away from the club.

The 19-year-old underwent a test for Covid-19 and his results came back positive on Thursday, making him the first Premier League player to have officially contracted the virus.

As a result of Hudson-Odoi’s positive test, the entire Chelsea first-team squad and coaching staff have entered a period of self-isolation for seven days.

In a statement, Chelsea said: “Chelsea personnel who had recent close contact with the player in the men’s team building will now self-isolate in line with Government health guidelines.

“These will include initially the full men’s team squad, coaching staff and a number of the backroom staff.

“It is expected that those who did not have close contact with Callum will return to work in the coming days. In the meantime, the men’s team building, one of several separate buildings at our training ground, will remain closed.”

Hudson-Odoi has posted a video on social media to deliver an update on his condition and says he hopes to fully recover shortly.

The Premier League have now confirmed that Chelsea’s game at Aston Villa on Saturday has been postponed, with the season put on hold until April 4 at the earliest.

Chelsea are just one of several clubs to have been affected by the coronavirus outbreak, with Arsenal confirming on Thursday manager Mikel Arteta has contracted the virus.

The Gunners squad have also entered self-isolation, while Everton say one of their players reported a high temperature, resulting in them entering self-isolation.

Bournemouth have confirmed goalkeeper Artur Boruc and four members of staff are also self-isolating as a precaution, with nobody returning a positive test as yet.

Watford and Leicester City have also reported first-team players have undergone tests for the coronavirus.