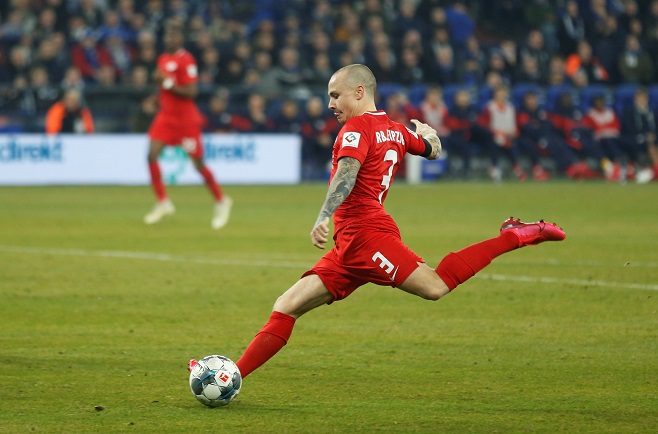 Red Bull Leipzig want to speak to officials at Manchester City about signing left-back Angelino on a permanent basis.

Eyebrows were raised when the Spanish defender was loaned out to the Bundesliga outfit in January, having only re-signed their former academy graduate last summer from PSV Eindhoven for £6m.

Angelino had played just 12 times for City this season and became frustrated at being stuck behind both Benjamin Mendy and Aleksandr Zinchenko in the senior pecking order.

The 23-year-old, however, has since proved a stand-out figure under Leipzig boss Julian Nagelsmann, who has urged his board to quickly take up their £25m purchase option.

Angelino is certainly open to the idea of staying in Germany and has instructed his advisers to help smooth a path between the two clubs.

The Spaniard bagged two assists in Leipzig’s 3-0 Champions League victory over Tottenham Hotspur on Tuesday night – his sixth in as many games.

City boss Pep Guardiola does remain a fan of the player but there is a feeling that German football might be better suited to his game, rather than the slow possession-based style deployed under the Catalan tactician.

It’s understood the defender has a new young family, however, and is more focused on playing on a weekly basis, rather than chasing the money potentially on offer in the French capital.

That has emboldened Red Bull to accelerate talks with the Citizens and make sure no other club can come in for Angelino at the last minute.

Angelino re-joined City for a second spell at the beginning of the season having spent four years at the club between 2014 and 2018.

He spent virtually all his first spell at City out on loan with spells at New York City in the MLS, Girona and Mallorca in Spain, and NAC Breda in the Netherlands.