Boga would consider returning to Chelsea 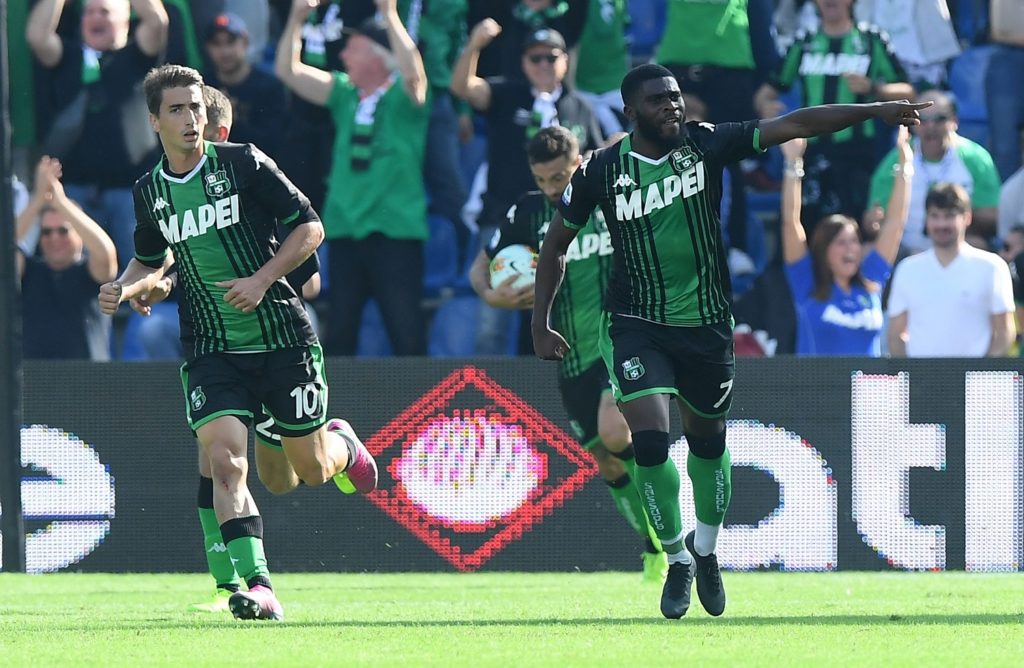 Winger Jeremie Boga says he would consider returning to Chelsea to link up with their so-called 'golden generation'.

Chelsea added Boga to their academy in 2009 and he was handed his first-team debut in August 2017 in a 3-2 defeat at home to Burnley.

The 23-year-old enjoyed a huge amount of success during his time in Chelsea’s youth ranks, winning the FA Youth Cup on two occasions, the UEFA Youth League and the Professional U21 Development League.

With senior chances limited at Stamford Bridge, Boga spent time on loan with Rennes, Granada and Birmingham to continue his development.

The winger finally elected to leave on a permanent basis in the summer of 2018 when Sassuolo agreed to pay £3.5million for his services.

Boga netted three times in 25 Serie A appearances during his debut campaign, while he has notched on eight occasions this season.

Now is the time for Chelsea to learn from past mistakes in the transfer market, writes @BenMcAleer1 👇https://t.co/ct22EjJnxf

Reports suggest that Chelsea boss Frank Lampard has sent scouts to keep an eye on Boga over the past few months as the Premier League club consider taking him back.

He played alongside the likes of Tammy Abraham, Mason Mount, Callum Hudson-Odoi, Reece James and Fikayo Tomori, who have all played a key role in the first-team under Lampard this season.

Boga says competition for places prevented him from breaking into the plans during his previous spell with the Blues but now admits he would consider returning to link-up with his fellow academy graduates.

“When I was there, it was Willian, Hazard, Pedro,” Boga told The Athletic. “When Mourinho was there, it was Salah. There were a lot of good wingers. For me, it has always been if I can’t play, then I will try to go on loan or try to go somewhere to improve, then maybe come back one day.

“I think our generation was one of the best Chelsea ever had.”