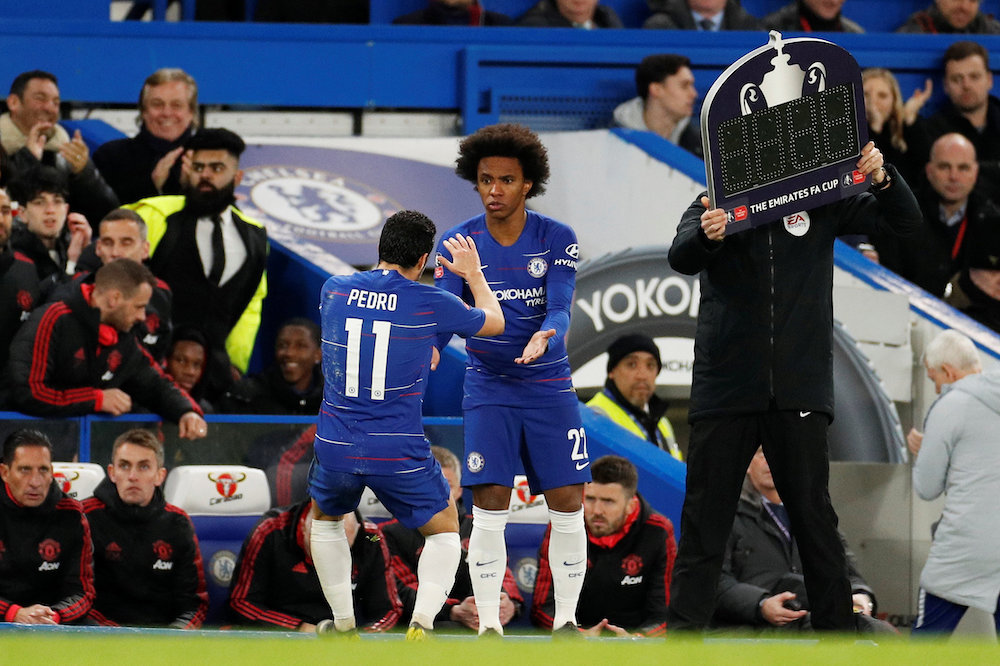 Chelsea have granted Willian permission to return to Brazil to link up with his family while the Premier League is suspended due to coronavirus.

The 31-year-old’s family had been unable to travel back to London after a stint in Brazil due to the outbreak, so the forward has been allowed to head to his home country by the Blues.

The ex-Shakhtar Donetsk winger is back with his wife and children, with the consent of his Stamford Bridge bosses, and will remain there indefinitely while Europe and the world try to get to grips with the spread of the virus.

Willian’s long-term future remains up in the air as he is due to fall out of contract and as yet there is no sign of him penning a new one, as a host of clubs show an interest in him.

The enforced break should at least give Willian plenty of thinking time regarding his next move, while the same can be said of Chelsea.

#Chelsea have granted Willian’s request to return to his wife and daughters in Brazil during the coronavirus crisis. (@TeleFootbal)https://t.co/xuoKCPAwZB

Boss Frank Lampard has decisions to make on a number of players and is likely to be mulling them over during this time. Willian is a player he wants to keep, but there is still work to be done on the deal.

The Premier League will be suspended until April 30 at the earliest, with all clubs shut down and top stars training at home.

Meanwhile, Chelsea’s England forward Callum Hudson-Odoi is recovering well after testing positive for coronavirus earlier in the month, with the Blues confirming his progress back towards full health on Monday.

“We are pleased to report Callum Hudson-Odoi is now feeling fine and back to his usual self following the period of self-isolation required after the player tested positive for COVID-19,” read a statement on Chelsea’s website.

“In addition to feeling good, the young winger is hard at work training at home to build and maintain his fitness, as are the rest of the Chelsea squad.”