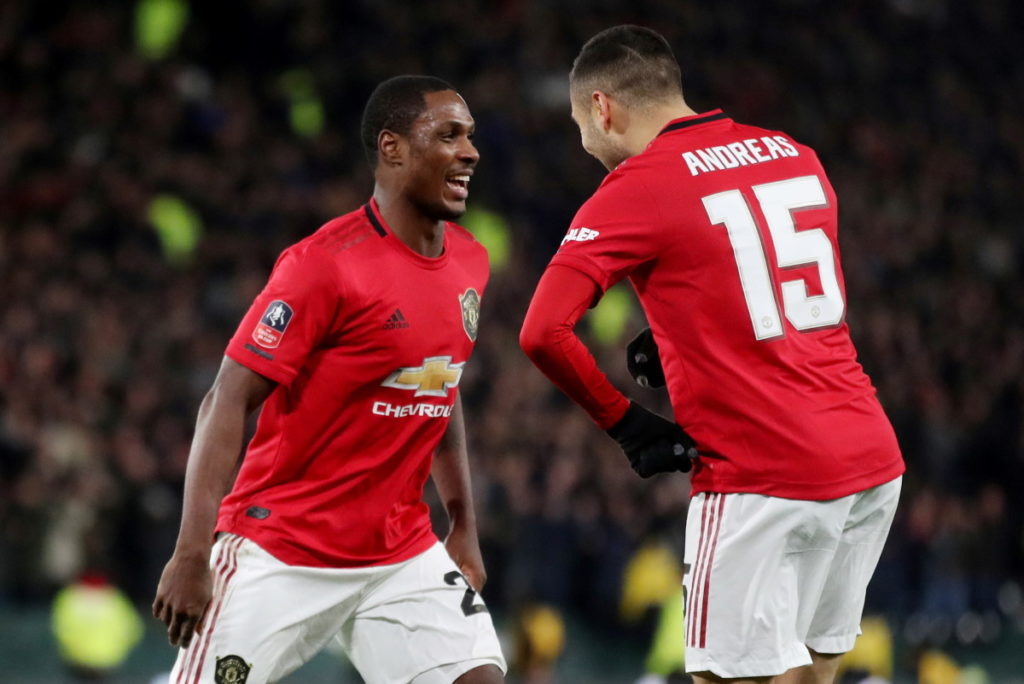 Manchester United are hoping to extend the loan spell of Odion Ighalo by another 30 days and plan to hold talks with his parent club Shanghai Shenhua.

The Reds face a potential headache as Ighalo’s loan deal only runs until the end of May, which under normal circumstances would have been just fine, and United are keen to get it extended by another month.

With the Chinese Super League postponed as the country attempted to deal with the Covid-19 outbreak that originated in Wuhan, the 30-year-old was allowed to make a shock deadline-day move to Old Trafford in January.

Ighalo underwent a 14-day quarantine period before linking up with United, who are unlikely to be playing anytime soon as the coronavirus pandemic has seen Premier League action suspended until at least the end of April.

Few expect play to resume then and plans are afoot to extend the 2019-20 season, although whether the Nigeria international will be able to be a part of it remains to be seen as Ighalo’s loan deal expires on May 31.

United reportedly hold the option to make the move permanent, but the transfer windows and player’s contract situation remains up in the air as FIFA look at solutions.

In the meantime, reports are now rife suggesting that United will hold talks with Shanghai in the hope of extending the loan deal until the end of June.

.@ManUtd have already decided to sign @ighalojude from Shanghai Shenhua for around £15 million this summer, according to the Daily Mail pic.twitter.com/wJbHlG333J

Whether that would be enough time to see the season out should play return, nobody knows, but it should at least bide United a bit more time.

Ighalo has certainly impressed the club with his attitude and aptitude since making the loan switch.

The former Watford striker has scored four goals in three starts for the team he supported as a boy, including a stunning opener in the Europa League last-16 first leg at LASK the day before football was suspended.