Hodgson stands by Benteke but forward’s form a huge worry 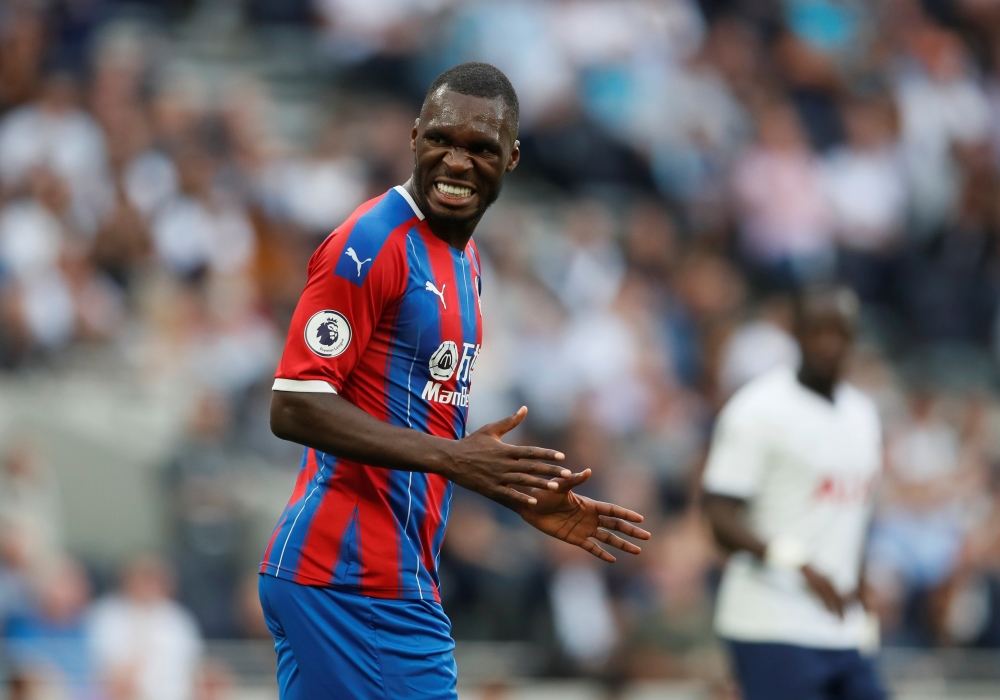 Roy Hodgson has reacted with dismay to suggestions Christian Benteke could leave Crystal Palace this month, but will the forward ever regain his best form?

Benteke has been tentatively linked with a loan move away from Selhurst Park in January, with French club Bordeaux believed to be interested, while Club Brugge in his native Belgium were also rumoured to be trying to lure him home on a temporary basis.

At his press conference ahead of Saturday’s Premier League trip to Manchester City, an angry Hodgson shut down talk the former Aston Villa and Liverpool man could be about to move on, saying he was frustrated with the line of questioning over his future.

Hodgson said: “I just can’t believe I’m being asked the question, to be perfectly honest, I really can’t.

“I can’t believe in a serious press conference someone is going to suggest, where we have very few forwards anyway, a player that we’re badly missing because he’s been out injured, that we as a football club, or I as the manager, are seriously considering loaning out what is potentially one of our best players to a club in the French division.”

So Hodgson has made it clear he wants to keep Benteke but he must also privately be fed up that a player who cost £28million three-and-a-half years ago has remained woefully out of form for so long, virtually unrecognisable from the talent who first impressed for Villa when he was bursting with confidence and unplayable at times.

Benteke scored 27 goals in all competitions across the 2012-13 season for Villa before he hit 11 in the following campaign when injuries began to affect his progress. He looked pretty much back on track when notching 15 the next season and Liverpool moved for the powerful frontman in summer 2015 as he got what looked like a justified switch to a top-four club.

However, it never worked out for him at Anfield and Jurgen Klopp quickly dispensed with his services after a year on Merseyside that saw him score only 10 goals in 42 games for the Reds.

At the time of his move to the Eagles, many people suggested Palace would be the ideal club for the Belgian to get his career back on track but he seems to be going backwards in south London.

Benteke has failed to score this season in 15 league appearances although only four of them have been starts as his somewhat mystifying loss of form continues.

Injuries have also affected him again but Hodgson desperately needs someone to start finding the back of the net for Palace.

They are the joint-lowest scorers with 20 along with Watford and Bournemouth and could yet get dragged into a relegation fight if they struggle in the second half of the season, with tricky-looking games coming up against City, Southampton, Sheffield United and Everton.

Benteke is still only 29 and so there is time for him to get back to his devastating best, but his record of 21 goals in 106 games for Palace so far underlines just how far he has fallen in recent years.

Hodgson will continue to stand by his unpredictable forward, in public at least, and is right to ensure he remains on board this month. However, unless there’s a sudden improvement, a summer parting of the ways seems inevitable.