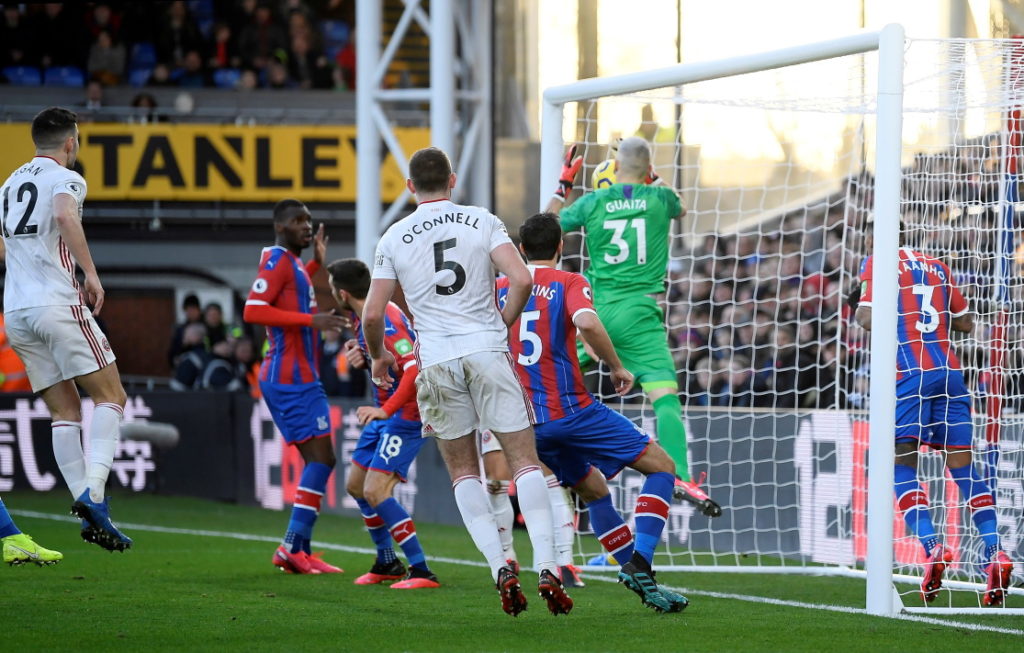 Roy Hodgson leapt to the defence of Crystal Palace goalkeeper Vicente Guaita after his own goal handed Sheffield United all three points.

The Spanish stopper dropped Oliver Norwood’s corner over his goal line in the 58th minute despite being under little pressure and it proved the only effort of the game.

Hodgson was disappointed with the result but praised the 33-year-old, who has been one of the Eagles’ best players this season on his way to six clean sheets in the Premier League.

The Eagles boss revealed that Guaita was very apologetic to him and his team-mates after the game, but says there is absolutely no need as he has saved them on more than one occasion this season.

Palace are sitting pretty in midtable, and Hodgson insisted his side would not be in that position if it was not for the goalkeeper, so he is completely forgiven.

“We have 30 points from 25 games and without you and the work you have done, we would have a damn sight less,” Hodgson said.

“In actual fact he owes us nothing. We owe him an enormous debt and we are saddened people will look at this not knowing how good he is, how much he has done and blame him, but no-one at the football club will attach any blame to him.”

Hard one to take today but we’ve got to lift our heads and put it right next game. pic.twitter.com/gFxJNCIWyB

Referee Andrew Madley was at the centre of a number of decisions during the match, with Joel Ward initially shown a red card in the second half before VAR told the official to look at the pitch-side monitor.

After taking a second look, the sending off was downgraded to a yellow, but it did little to appease the Palace supporters who wanted Blades full-back George Baldock dismissed in the first half.

The right-back received a caution early on for a foul on Wilfried Zaha and looked set to get another when he brought down the Ivory Coast winger in the 34th minute.

Madley kept his cards in his pocket this time and Sheffield United boss Chris Wilder felt both decisions were correct in the end.