Vlasic urges Chalov to reject any approach from Crystal Palace 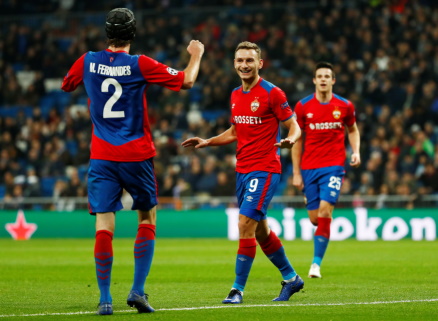 The Russia international was often linked with a move to the Premier League during the recent January transfer window.

Brighton sent scouts to track his progress in Russia, but they are happy to defer any bid until the summer. Everton were also thought to be planning a bid, but they kept faith with Moise Kean and Dominic Calvert-Lewin, while they let Cenk Tosun join the Eagles on loan until the end of the season.

Palace made it very clear they wanted a new forward in the window, but Tosun’s arrival meant they focused on other areas of the team.

At 21, Chalov would certainly be a signing for the future and Palace are looking to return with a concrete bid before the start of next season.

#CPFC to revive interest in #Chalov as part of drive to keep Roy Hodgson at club https://t.co/zgJSO3WLUb

They had a £23million offer rejected last summer and Vlasic, a former Everton player himself, says his team-mate is too good for Palace and they do not play to his style.

He told Sport24: “I don’t think a team from the bottom half of the Premier League would be the right move for him. He’s a striker, he needs support. He needs to have chances to score goals.

“I think it’s better for him to stay at CSKA and play for the Champions League, than playing at Palace for avoiding relegation. I think he has the qualities to play the biggest teams in the world like Manchester City, Chelsea and Real Madrid.”

Palace could do with a striker of Chalov’s ability at the moment, with Roy Hodgson’s men without a win since Boxing Day.

They have lost their last two games to Southampton and Sheffield United, and they are now only six points above the drop zone with 13 games remaining.