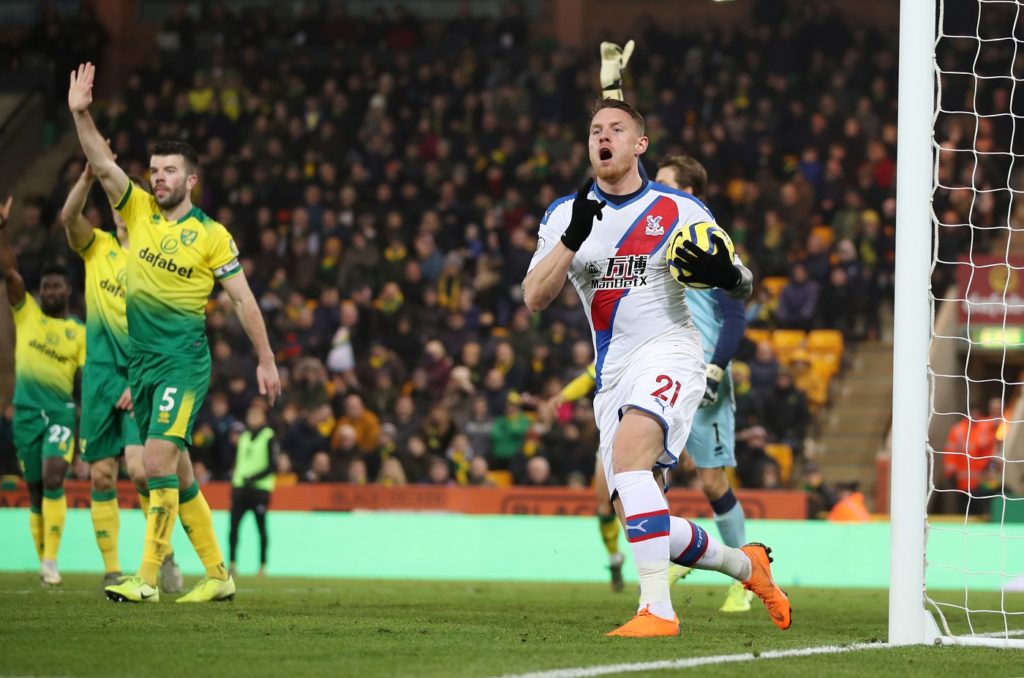 Forward Wickham left Palace on a temporary basis on deadline day to join Championship promotion hopefuls Wednesday for the second half of the season.

Palace sanctioned the move so Wickham could get some regular first-team football under his belt, as the 26-year-old has had to deal with a number of injury woes over the last couple of years that have restricted his involvement on the pitch.

All six of Wickham’s Premier League appearances for Palace this season have come from the bench, although he did manage to get on the scoresheet against Norwich over the festive period – his first top-flight goal in over three years.

Good start to the new year. A good performance, a nice warm welcome and a long awaited premier league goal. Congrats @brandonpierrick on your debut 👍🏼 Safe journey back to all the travelling fans. pic.twitter.com/bGx6iORMac

The arrival of Cenk Tosun on loan from Everton during the January transfer window meant Wickham’s first-team opportunities were likely to be limited further had he remained at Selhurst Park for the second half of the season.

The temporary switch to Hillsborough certainly appears to be one that suits all parties, particularly as Wickham enjoyed two previous loan spells with Wednesday earlier in his career.

However, the former Ipswich and Sunderland star does not see his long-term future in South Yorkshire, as both he and Palace are using the switch in order for him to regain his match sharpness.

“I’ve still got a year left at Palace. I think the intention is to go back to Palace,” Wickham was quoted as saying by BBC Radio Sheffield. “The chairman (Steve Parish) has made that quite clear to me.

“So as far as I’m concerned from Crystal Palace’s side this is for me to get the fitness, the development and whatever happens after that is for the future to hold. We’ll see what happens.”

Wickham is in line for his first Wednesday appearance in nearly six years when the Owls make the short trip to Oakwell to take on Barnsley in the Championship on Saturday.