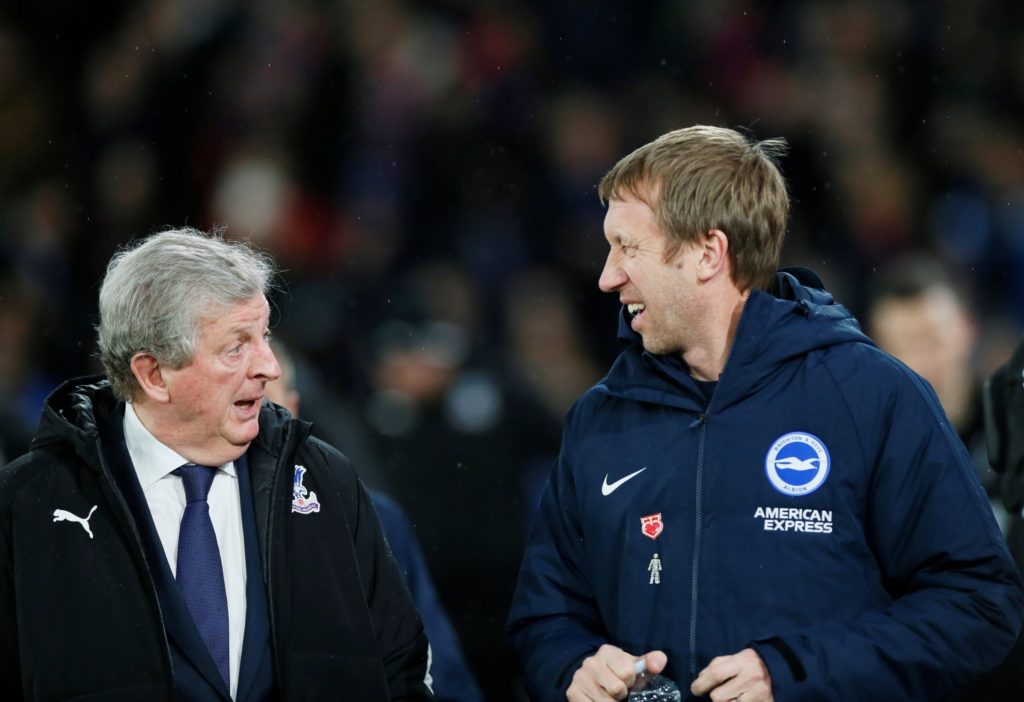 Crystal Palace boss Roy Hodgson has revealed he is set to hold contract talks with chairman Steve Parish next week.

The 72-year-old was presented with a new deal earlier this month, with his current terms due to expire in the summer, but as things stand, he has yet to put pen-to-paper.

Parish recently stated in an interview with the official club website he expected Hodgson to extend his stay at Selhurst Park and the pair will meet again after Saturday’s derby at Brighton.

After losing twice to the Seagulls last season and only drawing in December, the Eagles will hope to claim bragging rights over their rivals for the first time since April 2018.

“It is going well and I shall be meeting with the chairman again next week so we will see what happens there,” Hodgson said when asked about the latest on his contract.

But for now Hodgson remains full focused on the game against the Seagulls after admitting it is a ‘special game for the fans’.

“Maybe it is the first game they look for when the fixtures come out, but you can’t do more than prepare properly for it,” he said. “There is nothing you can do extra special for these matches and that goes for all derby games.”

🗣 "When you realise and you speak to the supporters of both clubs, you realise how intense it is."#CPFC | #BHACRY

Palace could have captain Luka Milivojevic back in contention after he returned to training this week following a bout of illness.

It saw the Serbian midfielder miss the 1-0 win over Newcastle last Saturday while the Eagles will also be boosted by the return of winger Jeffrey Schlupp (hip) and centre-back Mamadou Sakho (hamstring) soon.

Defender James Tomkins (hamstring) remains sidelined, but the south Londoners will head to Brighton with a close to fully-fit squad.

A late strike by Wilfried Zaha earned Palace a point from the last meeting with Graham Potter’s side at Selhurst Park and it was the Ivory Coast international’s sixth goal against Brighton.