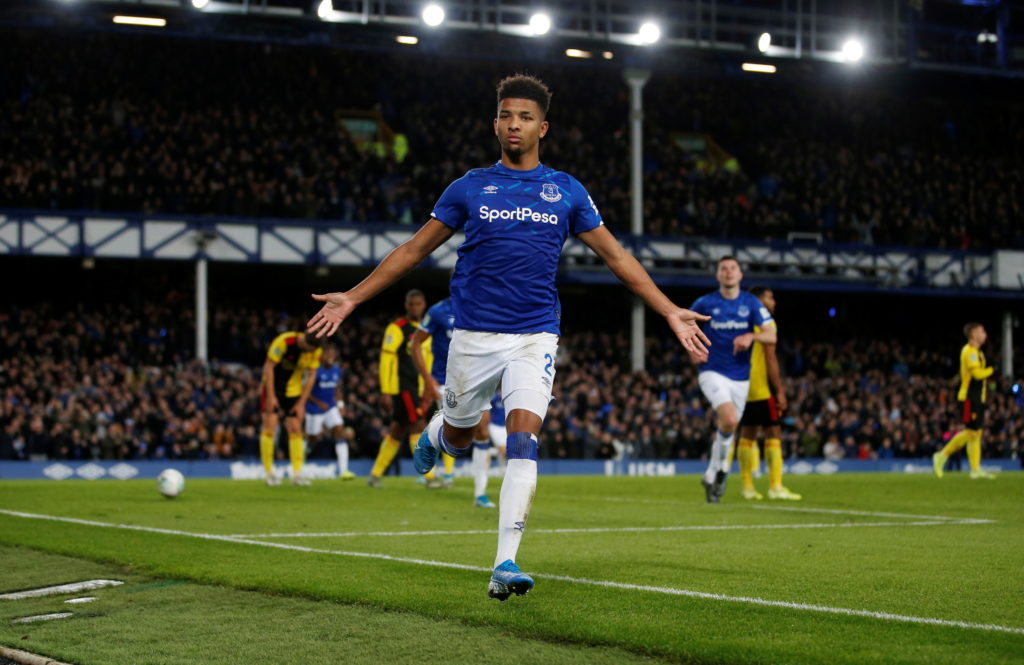 Everton boss Carlo Ancelotti has dismissed speculation suggesting defender Mason Holgate could be on his way to Manchester City.

The 23-year-old could be described as something of a late bloomer as he has really come of age since breaking into the Toffees first team at the start of October.

Holgate has been a regular in the heart of the Everton defence and his performances have not gone unnoticed at City, who are being linked with a £30million swoop at the end of the season.

Central defence is an area that Pep Guardiola is looking to strengthen and it would appear that Holgate is one of the players on his wanted list.

However, Ancelotti is having none of it. He has put the link down to transfer speculation, but even if City are keen, he says that Holgate is not available.

Manchester City are keeping close tabs on Everton defender Mason Holgate and have already made him a firm target for the next transfer window.

“I think it’s a rumour, but if it’s not a rumour I can say Mason Holgate is an important part of the future of Everton,” he said. “There is no possibility he can go to another club. Zero possibility, like my friend (Jose) Mourinho says: ‘Zero’.”

Meanwhile, Ancelotti insists there is no pressure on Andre Gomes to produce instant performances with the Portugal international in line for his first start against Manchester United this weekend.

The 26-year-old made his comeback as a substitute in last weekend’s defeat at Arsenal after a fracture dislocation of his right ankle on November 3.

Such has been the lack of creativity in midfield, Gomes’ 31-minute cameo at the Emirates had fans raving about his return but Ancelotti does not want him to feel he has to deliver immediately.

“Everyone followed the instruction of the medical staff and he is ready to play and everyone has total confidence in him so there is no pressure.”