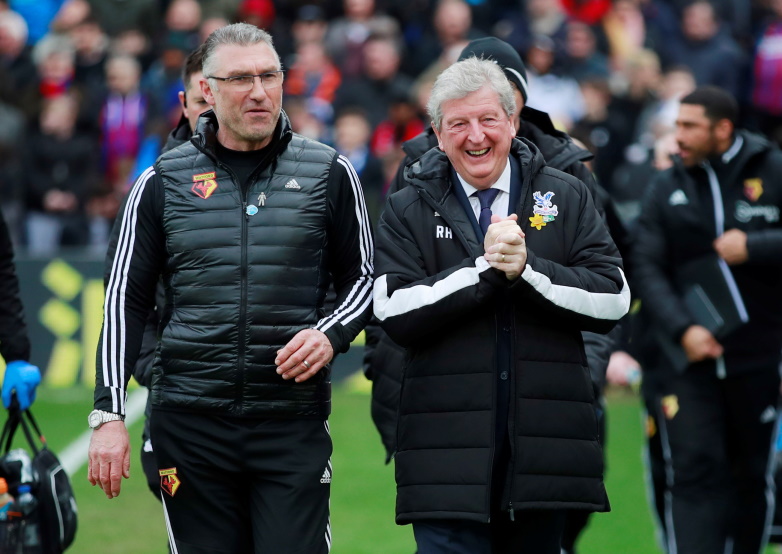 Crystal Palace boss Roy Hodgson says he is not living in fear over the threat of coronavirus after celebrating his new deal with a win over Watford.

Jordan Ayew grabbed the only goal of a scrappy encounter at Selhurst Park to make it three consecutive wins for the Eagles and move them onto 39 points.

After signing a new deal on Friday, it was the perfect way to toast the 72-year-old extending his stay at boyhood club Palace until 2021.

It was put to Hodgson, though, that the current coronavirus outbreak could put a temporary ban on him being in the dugout for matches, with sports governing bodies and broadcasters called to a government meeting on Monday to discuss the impact the virus could have on the sporting calendar.

One contingency reportedly being considered is banning over-70s from attending games, but the Palace boss says he will cross that bridge if or when it comes to it and will accept any decision that is made.

“I must say it is not something that concerns me much. I presume they are thinking that to protect us because from what I have heard and read, it is the people who are older who are most at risk, but certainly I feel very healthy.”

Meanwhile, Hodgson was relieved to see the Eagles pick up all three points against a Watford side that are battling to try and stay in the Premier League.

Ayew’s 28th-minute strike, after good work from Wilfried Zaha, Christian Benteke and James McArthur, came arguably against the run of play, with Watford starting well a week after they had stunned Liverpool.

Palace goalkeeper Vicente Guaita was not troubled too much, but did need to make saves to deny Abdoulaye Doucoure and Troy Deeney.