Signing players for £60million would be unrealistic – Brands 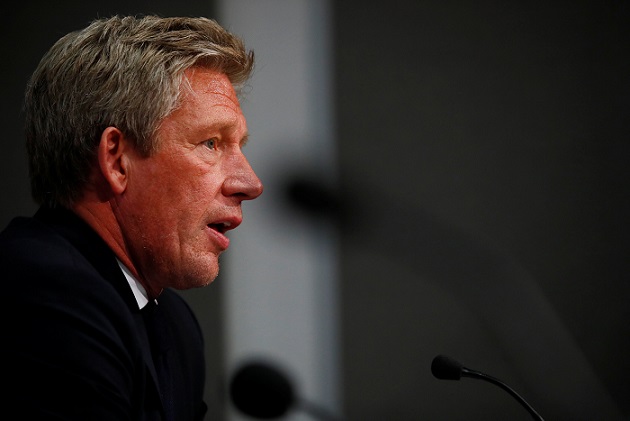 The Toffees have had a poor Premier League season sitting 11th in the Premier League table and the situation prompted Brands and the board to sack Marco Silva following a disappointing 18-month spell in charge of the club in early December.

Silva’s last hurrah was the 5-2 humbling away at arch-rivals Liverpool and Duncan Ferguson steadied the ship after taking over on a caretaker basis before Carlo Ancelotti was given the permanent job in what was seen as a coup.

It typified the ambition shown by the club since Farhad Moshiri’s takeover back in 2016. The club have spent £480million on transfers in the past four seasons but have yet to seriously kick on and qualify for regular European football.

Several players are being linked with high money moves to continue the theme of big spending at the club, but Brands says it is not realistic to expect Everton to be battling with top clubs to sign players.

“Of course, we want to get the best players, but we have to be realistic if you see our numbers.”

This season, Everton spent big once again to try and compete for a top-six place. Alex Iwobi was the most expensive capture at £40million from Arsenal while Jean-Philippe Gbamin was brought in from Mainz for £25million.

Andre Gomes was brought in on a permanent basis following a successful loan from Barcelona last season while the bargain deal of the summer saw Fabian Delph join from Manchester City for £8million.

The club are currently working on getting players out of the door before they spend more money with fringe stars such as Oumar Niasse and Cuco Martina likely casualties.