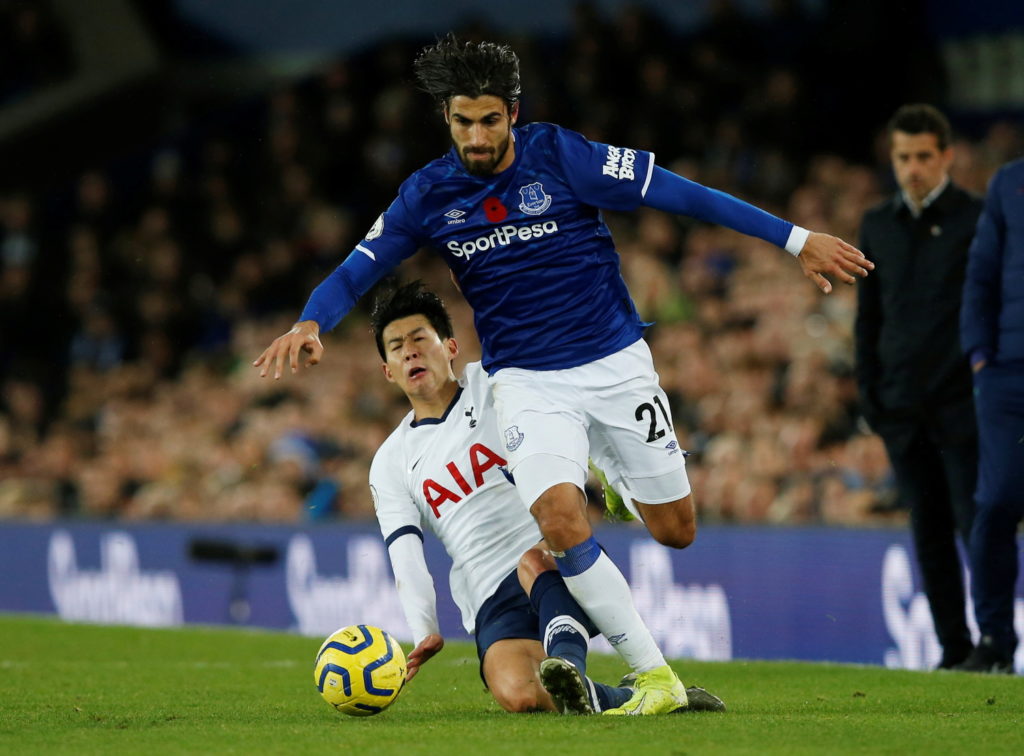 Everton's Andre Gomes has returned to training with his team-mates, three months after suffering a fracture dislocation of his ankle against Spurs.

The 26-year-old, who joined the Toffees last season on a loan move from Barcelona before the deal was made permanent at the start of this campaign, has been out of action since November 3 following a tackle with Tottenham’s Son Heung-Min. But surgery on the fracture was a success, with the 2016 European Championship winner touted to make a full recovery.

Tuesday saw the midfielder, a domestic treble-winner with Benfica in his native country, take to the Finch Farm training field alongside his senior colleagues, giving new boss Carlo Ancelotti a first look at his ex-Valencia man.

Striker Dominic Calvert-Lewin was absent from the session due to a minor knock, but the 10-goal striker is understood to be set for an immediate return as his side prepare for Saturday’s trip to Watford.

Just four points behind Manchester United, this weekend’s encounter gives the Blues an opportunity to make ground on the European qualification spots and – crucially – to put last week’s late slump against Newcastle behind them. The Toffees led 2-0 going into added time, but hapless defending allowed the visitors to steal a point at the death, leaving the hosts in 12th place.

As for Watford, they sit 19th, but with Brighton just two points beyond them in 15th place and next up on the fixture list, the Hornets will be looking to capitalise on Everton’s woeful away form of just two wins from 12 trips.

An FA Cup jaunt could have been the tonic to lift spirits at Vicarage Road, but an extra-time defeat last week at the hands of Tranmere put paid to any aspirations of a run to Wembley.

Nigel Pearson’s men must now look on the positive side – no distractions stand in their way of their quest to survive a fifth season in the top flight.