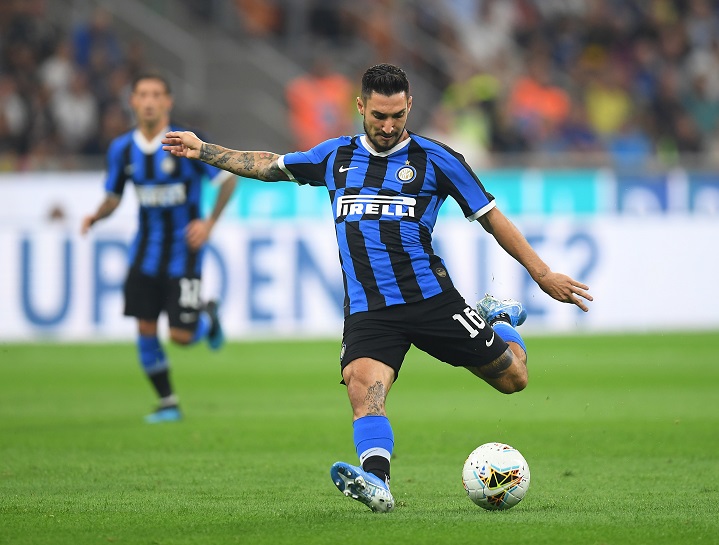 Matteo Politano has completed a move from Inter Milan to Napoli on an initial 18-month loan with an obligation to make it permanent.

Italy international Politano spent the 2018/19 season on loan at the San Siro, making 36 Serie A appearances and scoring five goals in the process, before his move was made full-time in June 2019.

However, with the appointment of head coach Antonio Conte last summer, the 26-year-old found himself slip down the pecking order and he was due to leave the club earlier this month after passing a medical at Roma.

The forward was due to be exchanged for Leonardo Spinazzola, but the transfer collapsed as Inter were not entirely satisfied with the latter’s physical condition and failed to re-negotiate a deal.

But Politano has managed to secure his exit before the January window closes after his loan to Napoli was confirmed on Tuesday, with the move being made permanent for an agreed fee in the summer of 2021.

Politano’s exit has reportedly increased Inter’s chances of landing Chelsea striker Olivier Giroud, with a move now said to be back on after initial talks had broken down.

The France international, who is hoping to be part of his country’s squad for the 2020 European Championships, has slipped down the pecking order under Frank Lampard at Stamford Bridge this season and a switch to the San Siro is expected before Friday’s deadline.

Inter president Giuseppe Marotta revealed on Sunday that he was confident of signing Tottenham Hotspur midfielder Christian Eriksen, with that deal going through on Tuesday, while he also revealed that other deals were in the pipeline.

With the Denmark international arriving in Italy, Inter are hoping Giroud will be the next to join.