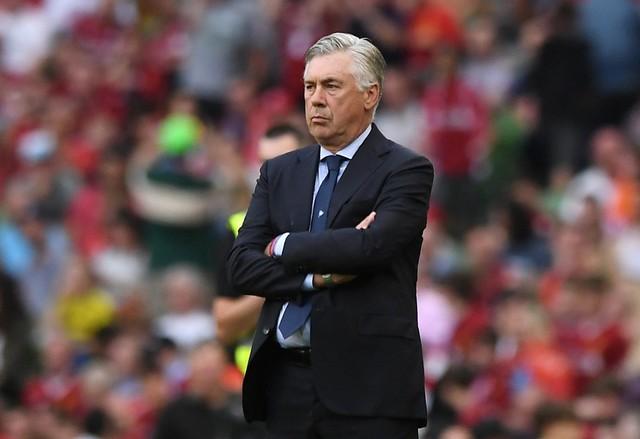 Carlo Ancelotti says providing his Everton squad with a clear plan on what he wants from them has given the Toffees a platform to build from.

Ancelotti was named Everton boss on December 21 and the club have enjoyed an upturn in results since, losing just one of his seven Premier League games in charge and climbing to ninth in the table.

The Toffees are eight points adrift of fourth-placed Chelsea, who hold the final Champions League spot, and a strong end to the 2019/20 campaign could see the Merseyside outfit challenge for a top-four finish.

Last weekend, Everton managed to come from 2-0 down and 10-men to defeat Watford 3-2 at Vicarage Road, the first time since December 2017 that the Goodison Park-based side had come from behind in a top-flight match to win.

While Ancelotti said he has not done any work on improving the mentality, the former Napoli boss believes the players are comfortable with what their game-plan is and that gives them a better chance of being successful.

“It is difficult to change the mentality and the character,” he said at his press conference. “The work I’ve done is to make the players comfortable when they play, to give them an idea and strong motivation.

“This is my job, honestly I am not able to change the character of the people.”

Everton, who are on a four-game unbeaten run in the league, return to action on Saturday when they play host to Crystal Palace, who are without a win in their last seven matches in all competitions.

A victory for the home side could see them move into seventh position in the standings, leapfrogging Manchester United and Wolverhampton Wanderers, who don’t play until next weekend as part of the split winter break.

Everton are unbeaten in the past 10 Premier League meetings against Palace, keeping a clean sheet in each of the last three encounters.