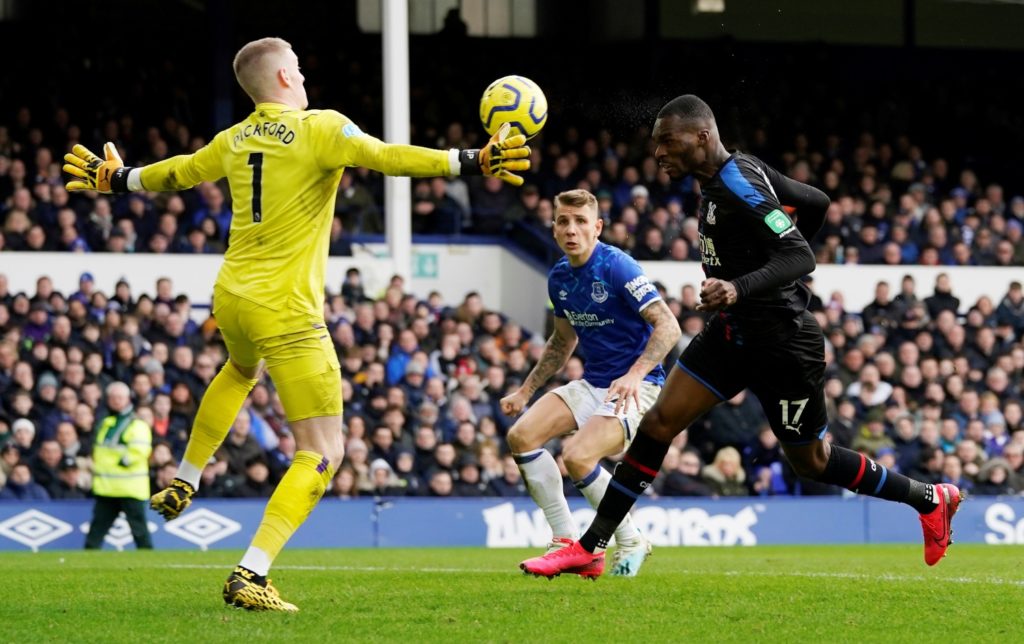 Jordan Pickford’s comments that criticism does not affect him seem to suggest the opposite is true and may affect his Euro 2020 chances.

The 25-year-old made his England debut in November 2017 and has gone on to earn 24 caps, but his place does seem to be under threat with the European Championship looming large on the horizon.

England boss Gareth Southgate has always backed the former Sunderland shot-stopper but the form of Dean Henderson, on-loan at high-flying Sheffield United from Manchester United, plus Burnley’s Nick Pope means it is by no means guaranteed that the present incumbent will be given the shirt this summer.

Pickford’s form for Everton has been patchy of late as he was at fault for Christian Benteke’s goal on Saturday in the Toffees’ 3-1 Premier League victory over Crystal Palace.

He has received criticism at times this term while his antics in last season’s 3-2 defeat at Newcastle in March drew the ire of BBC Sport pundit and former England captain Alan Shearer.

The Washington-born ace went on the attack after Everton’s weekend triumph and made particular reference to a former Manchester United defender.

“Everyone hates you, for some reason, that’s part of being an England player,” he said. “I think the press and everybody, the punters – look at Gary Neville – they just want to come for England players.”

England have a couple of friendlies in March ahead of Euro 2020 and, should Pickford be selected for those, then he will likely keep his place in the side for the summer’s multi-nation tournament.

However, there seems no question that Southgate will have logged his mistakes and reaction to them, with others waiting in the wings.

Tournament football calls for a cool head and there are sections of the media who feel that his days as England’s number one may be numbered.

It is always key to watch a player’s response to adversity and those who seem to be able to shake it off and immediately focus on the next challenge are the ones who are likely to achieve longevity in the sport.

Pickford added that “as a person, I don’t let it affect me” when continuing his rant about criticism, but he appeared to be contradicting himself in that very moment.

There is no doubting the talent of Everton’s custodian but it takes mental strength as well as skill to prevail, and the jury is still out on Pickford in that department.