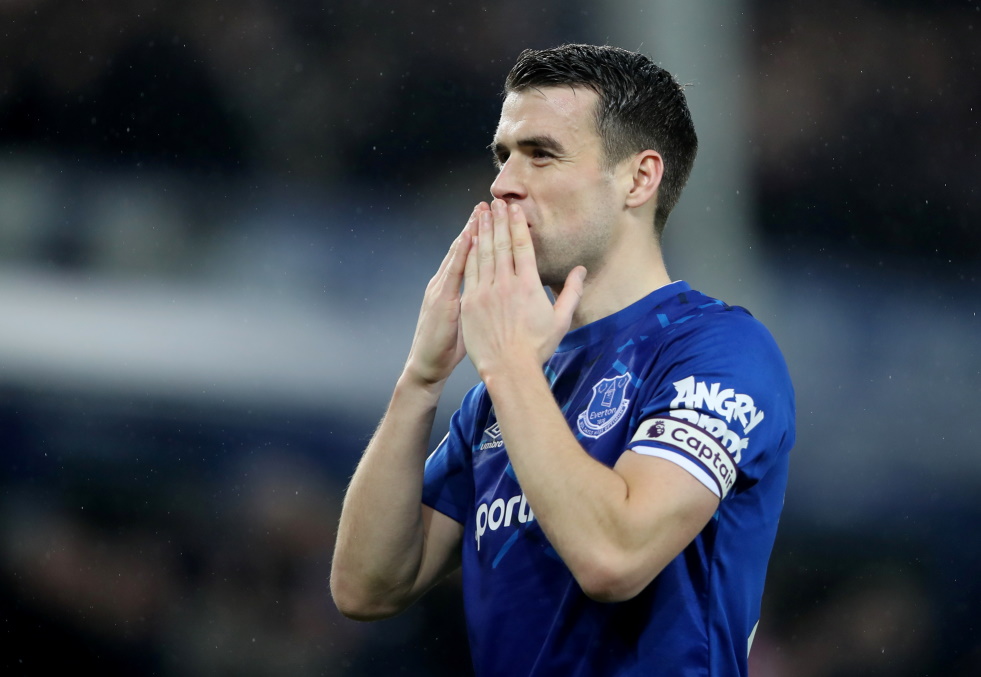 Captain Seamus Coleman admits Everton's players did not think European qualification was even possible a few months ago but now it's their main target.

The Blues looked more likely to be tackling a relegation battle in the second half of the season after they sacked Marco Silva when they sat in the Premier League’s bottom three at the beginning of December.

However, new boss Carlo Ancelotti has reinvigorated Everton, collecting 17 points from eight matches – bettered only by near-neighbours and runaway Premier League leaders Liverpool (24) over the same period – catapulting them to within five points of the top four.

A top-six finish appears well within their grasp as they sit seventh, just a point behind Tottenham directly above them and three behind fifth-placed Sheffield United.

While thoughts of Champions League football next term may be fanciful, the Toffees, with no cup involvement, are firmly in the race for the Europa League and that is something Coleman believes the club needs.

“We’re trying to catch those European places. A few months ago, we probably didn’t think that was possible,” he told evertontv.

“But we’re playing well now and just looking forward to every game. We’ve got to push for Europe. I think this club needs European football and we all want that.”

The Republic of Ireland international says the long-term aim of everyone at Goodison Park is to be competing in Europe every year.

He admits earning a top-six finish this season would be viewed as a bonus given how the start of the campaign went.

Coleman added: “Where this football club wants to get in the next three, four, five years, it has to be wanting European football every year and if we can get it this year, that’s a bonus.”

After Saturday’s 3-1 home win over Crystal Palace, Everton are now on their two-week winter break and return to action with a trip to Arsenal on February 23.