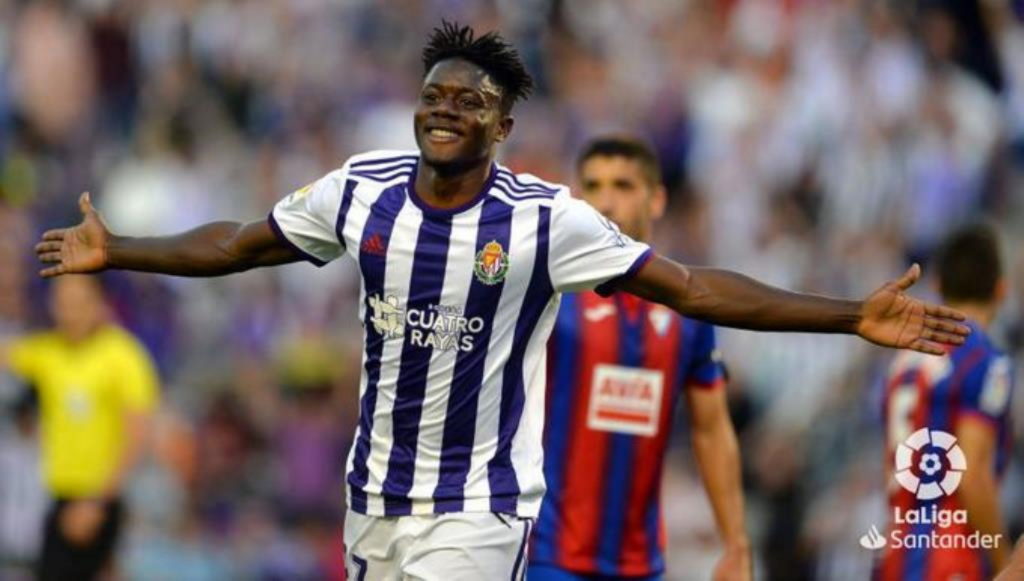 Atletico Madrid have reportedly stepped up their interest in Real Valladolid defender Mohammed Salisu as they look to secure a summer deal.

Atletico boss Diego Simeone undertook a huge project over the summer as he looked to refresh his options.

Simeone moved 12 players on from the Wanda Metropolitano with 10 new arrivals linking up with the capital-based outfit.

The massive change in personnel has had a detrimental impact on performances with Atletico sitting fourth in La Liga, 13 points adrift of leaders Real Madrid.

The Argentinean was hoping to assemble a side capable of challenging for the title as they did in 2013-14, winning the league for a 10th time, but it appears he still has some work to do.

The club has been built on a solid base at the back since Simeone’s arrival in 2011 and they boast the second-best defensive record this term.

However, El Cholo feels strengthening in defence is a necessity and has reportedly set his sights on Salisu.

The Ghanaian was linked with Manchester United, Norwich, Newcastle, Everton and Southampton in January but Valladolid managed to retain his services.

The 20-year-old only made his La Liga debut for Valladolid this season but he has cemented his place in Sergio’s plans.

Indeed, Valladolid have conceded just 27 goals in 24 matches, the sixth-best record in the division, with Salisu starting 23 times.

Reports in Spain claim Salisu’s current deal, which is due to expire in the summer of 2022, contains a release clause of just €12million.

It’s understood that Valencia and Getafe are also keeping tabs on the exciting youngster but the report states he is keen on heading to Atletico.