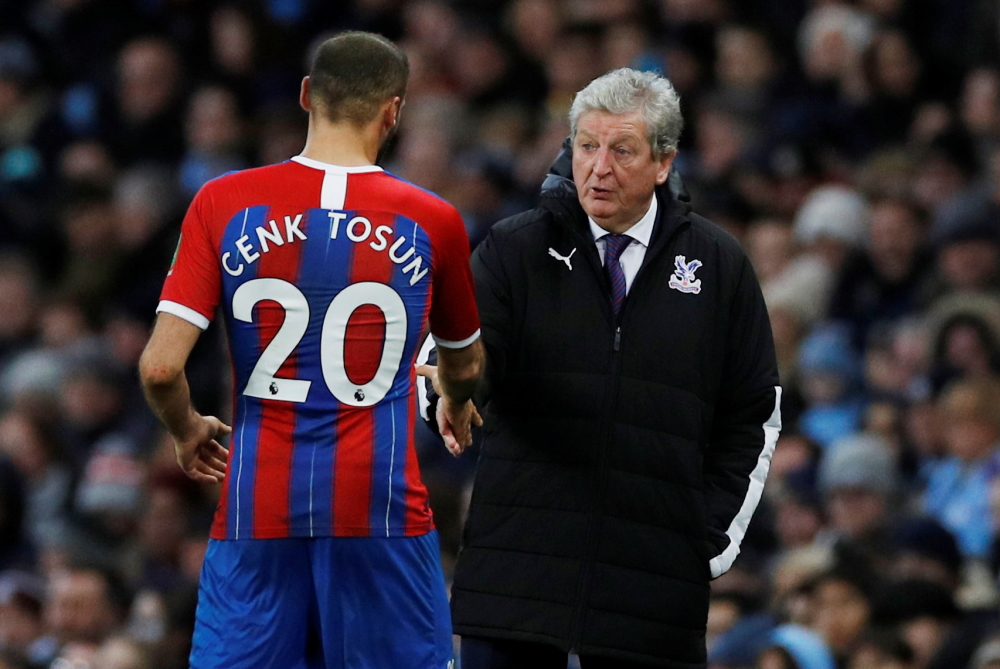 Cenk Tosun has returned to Everton from his loan spell at Crystal Palace after sustaining an anterior cruciate ligament injury.

The striker suffered the injury during a training session with the Eagles on Monday and will not feature again this season.

The 28-year-old joined Palace in the January transfer window on a deal until the end of the season and managed five appearances, scoring once in the 2-2 draw at Manchester City.

The Selhurst Park club did have the option to sign Tosun outright at the end of the campaign but that now appears highly unlikely.

An ACL injury can keep a player sidelined for between six months to a year depending on the severity and, as such, Tosun will miss at least the start of next season if not a significant chunk of that campaign.

The Turkish forward returned to Everton earlier this week to have the injury assessed and the Goodison Park club have now confirmed he is set for an operation.

A statement on the Everton website read: “Cenk Tosun has returned to Everton and will undergo surgery next week after sustaining an injury to his anterior cruciate ligament (ACL) during training with loan club Crystal Palace.”

The club added: “The player will continue his rehabilitation under the care of Everton’s medical staff at the Club’s USM Finch Farm training headquarters following the surgical procedure on his ACL.”

Tosun joined Everton from Besiktas in his homeland in a £27million deal in January 2018.

The striker has been capped 42 times by Turkey and has 16 international goals. Tosun would almost certainly have been included in Turkey’s squad for Euro 2020, having managed five goals in six appearances during qualifying, but will now miss the tournament this summer.