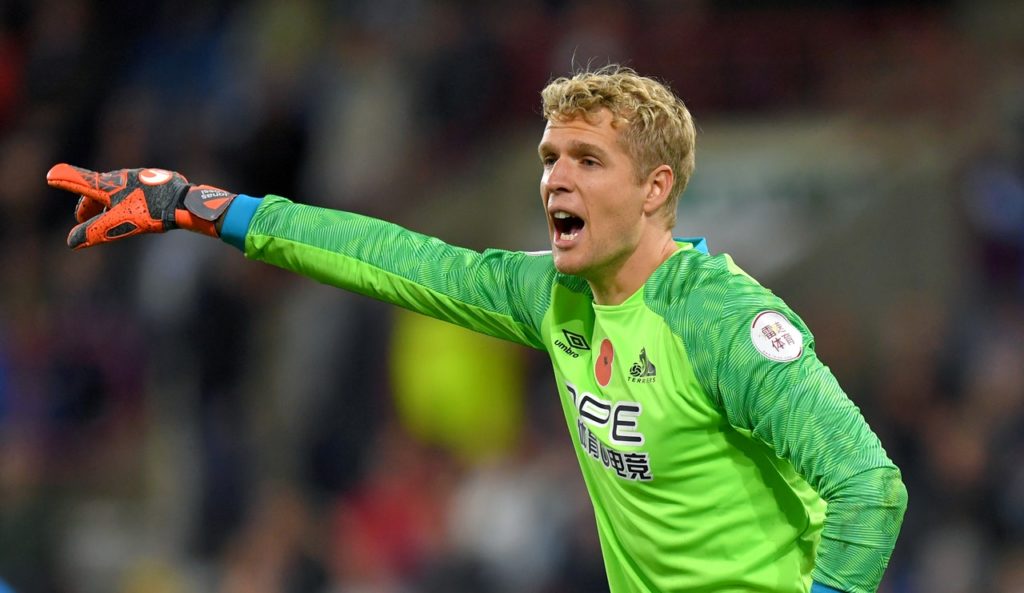 The Denmark international joined the Toffees last summer from Town after they were relegated to the Championship but he failed to force his way into the line-up at Goodison Park, where Jordan Pickford remains first choice.

As a result, he opted to rejoin the Terriers on loan in January and there has been speculation a permanent switch back could be on the cards when the window reopens after he again impressed in the second tier, covering for the injured Kamil Grabara.

Lossl has made seven appearances for Huddersfield so far in 2020 before the Championship, along with the rest of the EFL and Premier League, was halted due to the coronavirus oubreak. He will now have to keep himself in shape during the ongoing postponement of games before he decides what do in the summer.

The 31-year-old is due to return to Everton when his temporary spell in West Yorkshire comes to an end and Devlin says a full-time switch is not in the pipeline as his wages would prove too much for Town.

“Jonas was keen to come back to Huddersfield Town because he really enjoyed his time here and has a good relationship with the fanbase,” Devlin said.

“My gut feeling is I think (a full-time move) it’s unlikely. His wages would be above those we would normally be able to afford, given that he is obviously with a Premier League club.

“We love having Jonas here and it’s great to have him here – he’s a great character. But, being really honest about it, it is hugely unlikely we would be able to afford to keep Jonas past the end of the season.”

In light of Devlin’s comments, Lossl may have to weigh up a move elsewhere at the end of the season unless he thinks he can force his way into the Everton side and it’s thought there would be several Premier League and Championship clubs keen on talking to him