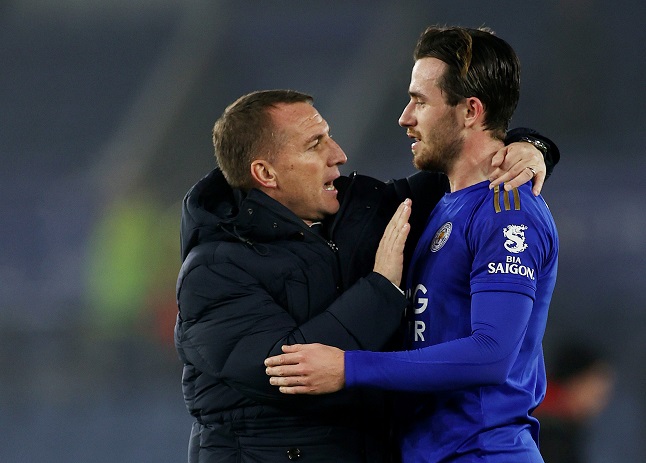 Foxes boss Brendan Rodgers is facing a major test of his managerial powers in the wake of Leicester's gut-wrenching Carabao Cup semi-final exit to Aston Villa.

It would be wrong to suggest that it’s all been plain sailing for Rodgers at Leicester since he upped sticks from Celtic midway through last season and took over the reins at King Power Stadium.

The Foxes were 12th in the Premier League table, eight points clear of the relegation zone when the Northern Irishman officially took charge so he was in no way walking into a club that looked nailed on to challenge for silverware straight away.

And he had to deal with the unsettling pursuit of Harry Maguire by Manchester United last summer, which went so close to the deadline that he did not have time to bring in a replacement.

But this season has gone so well for the 2016 champions that there has hardly been a moment that could even remotely be portrayed as a potential crisis point until now – 29 days into January.

However, Tuesday night’s 2-1 defeat to Villa could seriously damage morale at the club – even though there is still much to play for, with Leicester third in the Premier League and preparing for a home FA Cup fifth-round tie against either Coventry City or Birmingham City.

Mahmoud Trezeguet’s injury-time stunner denied many of the Leicester squad what would have been their first trip to play at Wembley on March 1.

Grizzled veterans like Jamie Vardy and Jonny Evans will surely need no ‘arm round the shoulder’ from Rodgers to keep them fired up and focused on the prizes that remain within touching distance for City this season.

But how will youngsters like James Maddison, Wilfried Ndidi and Youri Tielemans react to the blow?

Rodgers has already spoken about how he expects Tuesday night’s shock loss to be a “motivator” for the squad.

“I said this is what you need as well as a player,” he said in the Villa Park media room. “You’re within touching distance of finals and of course we want to get there, but this will increase your determination.

“The players are hurting. But it’s part of it at this level. You have to take it, and it hurts, but that hurt will help you going forward.”

His time in Scotland was so successful that he never really had to deal with the aftermath of failure in his three seasons with Celtic.

But he did at Liverpool, particularly after the infamous Steven Gerrard slip that cost his side the Premier League title in 2014.

Things began to unwind for him at Anfield the following season, with European failure, an FA Cup semi-final defeat to Villa and a 6-1 final day of the season mauling by Stoke City that told you all was not well.

A few months later he was being replaced by Jurgen Klopp so he will be aware that how Leicester react after this first bump in the road will be crucial to how the future pans out.