Bennett travelling to Leicester ahead of loan switch 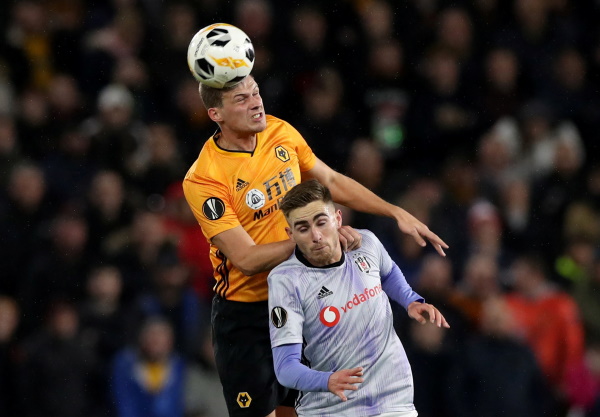 Wolves defender Ryan Bennett looks set for a move to Leicester on loan until the end of the season.

The Foxes have been searching for extra cover at centre-back as only the currently injured Wes Morgan is there to step in for first-choice duo Caglar Soyuncu and Jonny Evans.

Brendan Rodgers has now identified Bennett as a target and he is primed to make the temporary move to King Power Stadium.

The deal includes the option for a permanent transfer at the end of the campaign for an undisclosed fee.

Former England Under-21 international Bennett was a huge part of Wolves’ ascent to the Premier League under Nuno Espirito Santo and subsequent qualification for the Europa League.

Last season, the 29-year-old played 34 times in the top flight as the trio of Bennett, Conor Coady and Willy Boly at the back saw them field the best defence outside the top four.

However, niggling injuries have curtailed his 2019-20 campaign and the former Norwich defender has lost his place in the side to Moroccan Romain Saiss.

#lcfc have solved their search for a new centre-half. #Wolves defender Ryan Bennett is on his way to Leicester for a medical. This will ensure Filip Benkovic goes out on loan, most likely to Bristol City #wwfc

Bennett has played 19 times across all competitions this season and was not present for training on Friday morning in order to sort out the move.

Boss Nuno has confirmed he will not seek a replacement for Bennett, even though he has also lost Jesus Vallejo this month.

“No, we have enough players who can play in that position,” he told reporters. “We have to appreciate what Ryan Bennett has done. The loan is what he wants and we wish him all the best.”

Any deal to take Bennett to Leicester will open the door for Filip Benkovic to move away from the East Midlands.

The Croatian has struggled to break into the Leicester first team since making his £13million move from Dinamo Zagreb in the summer of 2018.

Either side of a loan spell at Celtic, Benkovic has played just twice for the Foxes in all competitions and another loan departure for the 22-year-old looks inevitable.