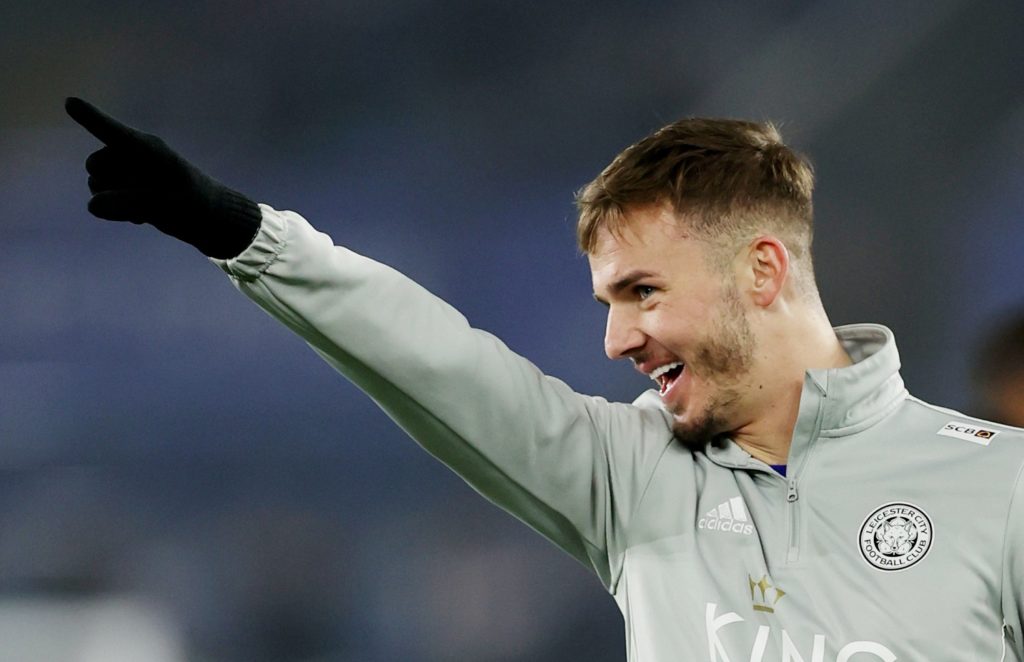 Leicester are looking to tie James Maddison down to a new contract during the mid-season winter break.

Maddison has excelled since joining the Foxes from Norwich in the summer of 2018 for a fee of £22.5m, contributing 13 goals in 60 appearances in the Premier League.

The 23-year-old’s performances have been acknowledged by an international call-up to the England set-up, receiving his first cap in last November’s 7-0 win over Montenegro, having previously made nine appearances for the under-21s.

His displays have seen him linked with a move away from the King Power Stadium with speculation rumbling on over the last year.

Manchester United have been regularly tipped to make a move for his signature and the Coventry-born star is thought to be high on the Old Trafford club’s wishlist ahead of next summer.

Having already signed Harry Maguire from the King Power club in 2019, an £80m bid is believed to be in the offing but the Foxes look set to make their move early and quell any speculation over the summer.

Leicester are currently in their mid-season break, with their next game set to be a trip to Molineux on February 14. This would make sense, with the man himself likely to be aiming to avoid any distractions ahead of Euro 2020.

With the club sat third in the Premier League table, the board are keen to reward the former Aberdeen loanee for the impact he has had at the club and plan to conclude talks before the Wolves clash.

Maddison is already tied down until the summer of 2023 through the contract he signed upon his arrival but a bumper new deal will allow them to keep hold of him for longer.

Arsenal have also been linked to the player but he looks set to be staying in LE2. The player’s representatives are said to be pleased with how the talks are going and the negotiations are expected to be concluded swiftly.