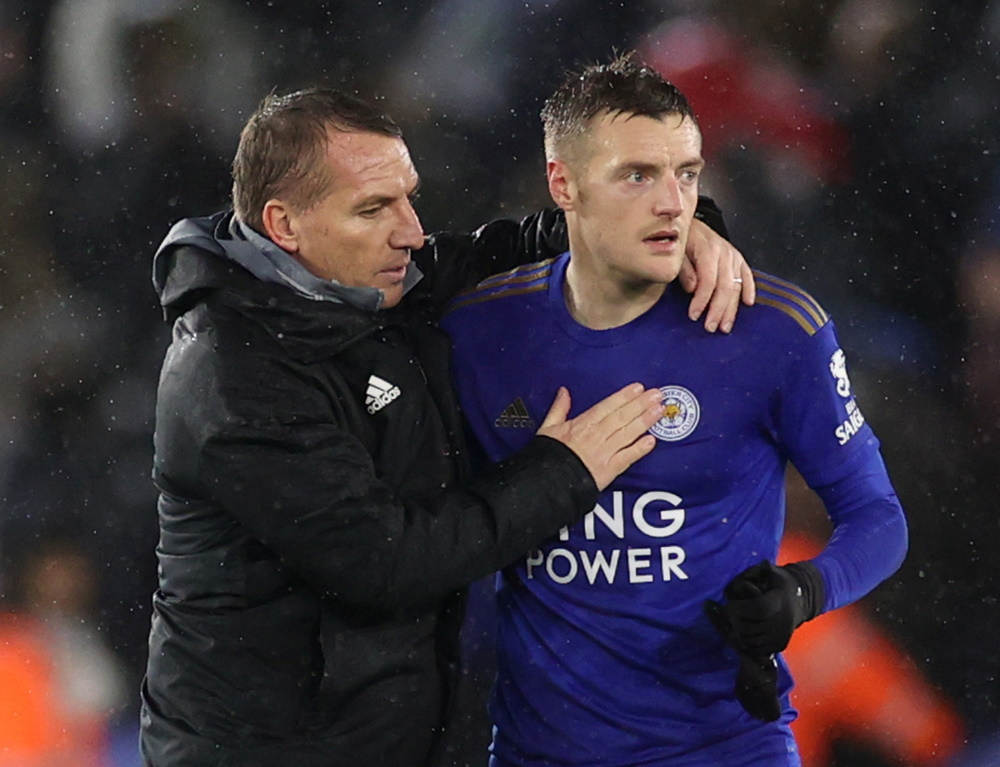 Leicester City manager Brendan Rodgers has backed striker Jamie Vardy to return to his best ahead of Friday night’s showdown with Wolves.

The Premier League’s top scorer has notched just one goal in his last 10 games having previously netted 16 times in 17 outings.

Leicester head to Wolves on Friday aiming to return to second spot in the Premier League.

Vardy, who has scored 97 top-flight goals, has recovered from a hamstring injury after the Foxes’ winter break with Rodgers convinced he will fire again.

“He’s ready to make an impact in the final part of the season. These things happen and he’s been working his way back in,” he said. “I’ve no doubt that he’s the player that will always be the threat and he’s always going to get those opportunities.

“It’s the responsibility of the team to create opportunities for him because he’s that type of striker. He needs the last pass, or the cross. In a few games he’s been unfortunate not to score. But he’s such a threat and that will come again, I’m sure.”

Leicester have a 10-point lead over fifth-placed Sheffield United as they aim to strengthen their grip on a Champions League spot at Molineux.

The Foxes have won one of their last four games in the league while also losing their Carabao Cup semi-final to Aston Villa last month.

Leicester are still third, eight points clear of Chelsea, but Rodgers refuses to look too far ahead.

“We go into every game and give it our best – know what we want to achieve, where we finish is where we deserve to finish,” he added.

Leicester and Wolves played out a goalless draw when they met at King Power Stadium at the start of the season in August.