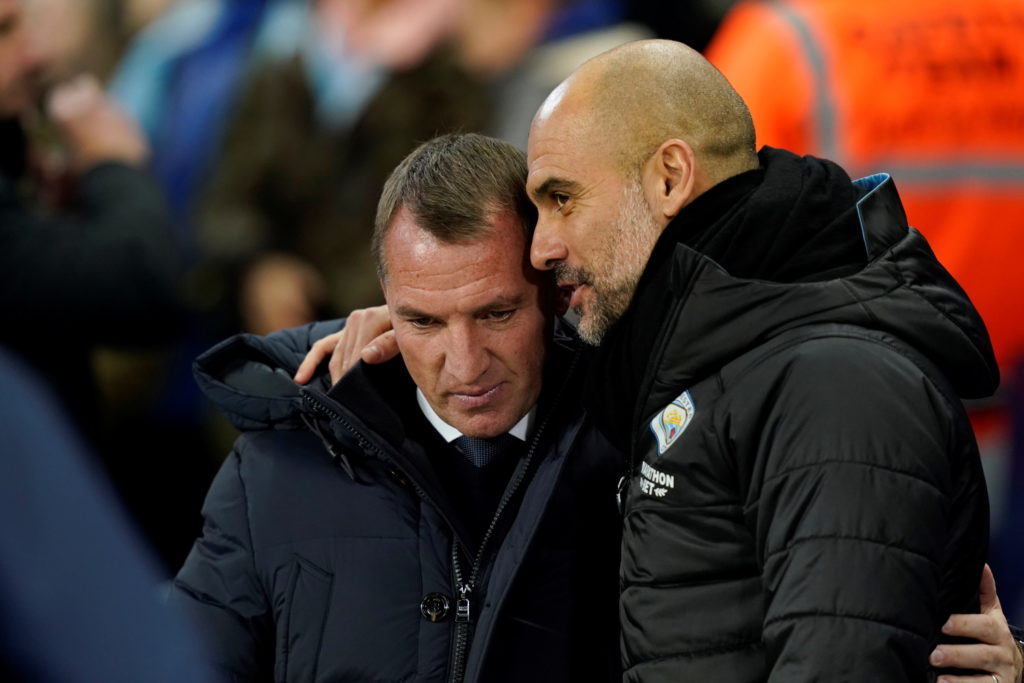 Leicester will look to close the gap on Manchester City when they welcome the defending champions to King Power Stadium on Saturday.

Leicester lost back-to-back Premier League games in January against Southampton and Burnley and City jumped ahead in the standings.

The Foxes, sitting third, are four points shy of the Citizens after steadying the ship over recent weeks with one win and two draws.

Despite slipping down one place, Leicester are well on track to claim a top-four finish with a 10-point buffer to fifth-placed Tottenham, while City’s two-season European ban has further strengthened their position.

After losing the reverse fixture 3-1 in December, Brendan Rodgers’ men, who beat City on home soil last season, will be seeking revenge in Saturday’s late kick off – the 100th league meeting between the sides.

But they are lacking options in the defensive midfield role and could struggle to contain City’s star man Kevin De Bruyne.

What we’d give for a blast like this from @DeBruyneKev tomorrow! 🚀

Wilfred Ndidi and Hamza Choudhury are both unavailable with the former injured and the latter serving a one-game suspension.

Matty James could feature for the first time in 13 months and Ryan Bennett is available after being ineligible to face his parent club Wolves last time out.

City accepted that the title race was over long ago but Pep Guardiola isn’t the type of manager to allow his players to take their foot off the gas.

They are currently embroiled in a battle with UEFA over their European ban but didn’t let that impact their performance against West Ham on Wednesday – winning 3-1 in the rescheduled match.

Victory at the King Power would open up a seven-point gap to the Foxes and likely guarantee them a spot in the top two for the third consecutive season.

Guardiola insists “all of them are ok” when assessing his options for this clash, although he conceded some of them are “not 100 percent”.

David Silva falls into that category and will need to be assessed ahead of kick off, while Raheem Sterling is in the latter stages of his recovery and is “getting better”.

Leroy Sane has been on the fringes over the past few weeks after six months out and could make an appearance from the bench.

Oleksandr Zinchenko should come back into the starting XI after missing the win over West Ham due to suspension.

Leicester may have won last season’s corresponding encounter but have lost five of the past six league meetings.