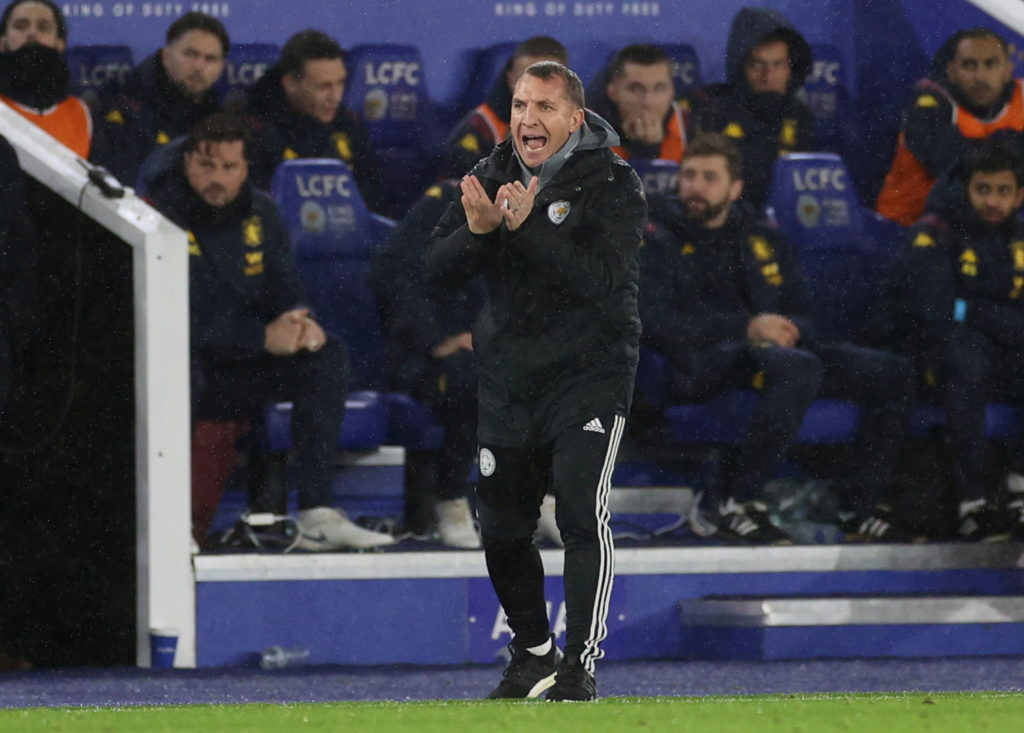 Brendan Rodgers says Leicester produced an "excellent display" as they booked their place in the FA Cup quarter-finals by beating Birmingham 1-0 on Wednesday.

Leicester came into the match in poor form, as a run of one win from their last seven Premier League games had threatened to derail their bid to finish in the top-four, while they had even failed to score in any of their three previous matches.

It looked like Leicester were set to draw another blank at the King Power Stadium on Wednesday, but full-back Ricardo Pereira then popped up with a late header to seal the Foxes their place in the last eight of the FA Cup for only the second time in eight years.

The best 📸 from last night 👇

Rodgers was certainly pleased by his side’s display, particularly as they were coming up against a Birmingham team that had not lost in 13 games across all competitions, a run that stretched back to New Year’s Day.

“It was always was going to be [a tough game]. Their record unbeaten tells you how well organised and resilient they are,” Rodgers told the BBC after the match.

“I thought it was just a matter of time [before we scored]. In the second half we dominated – lots of quick combos and the goal was coming. It was an excellent display. Some real good moments of play against a team who make it very difficult for you.”

Leicester’s reward for reaching the quarter-finals will be a home clash with Chelsea later this month and they will take plenty of confidence into that game, as they are unbeaten in four matches against the West Londoners.

The Foxes will be hoping to improve their league form ahead of that tie, starting on Monday night when they play host to Aston Villa – the side that knocked them out of this season’s Carabao Cup at the semi-final stage.