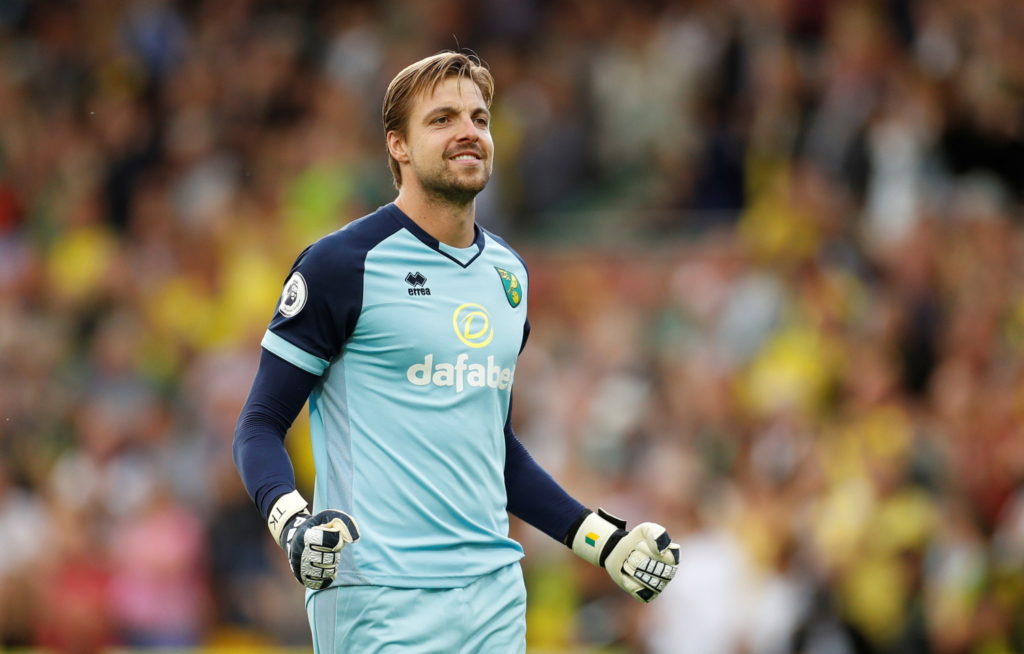 Goalkeeper Tim Krul hopes his penalty heroics for Norwich in their FA Cup victory over Tottenham will boost their Premier League survival hopes.

Penalty specialist Krul saved efforts from Troy Parrott and Gedson Fernandes, while Erik Lamela struck the crossbar, as Norwich booked their place in the quarter-finals of the FA Cup for the first time in 28 years with a 3-2 shootout success at the Tottenham Hotspur Stadium after the two teams played out a 1-1 draw on Wednesday night.

Krul, of course, has a reputation for being good at saving penalties, as he was famously brought on by the Netherlands as a 120th-minute substitute during their World Cup quarter-final against Costa Rica in 2014, going on to save two penalties as his country booked their place in the last four of that competition.

The 31-year-old is certainly fully aware of his reputation and he knew he had to deliver once again on Wednesday, even going as far as having details of the Tottenham penalty takers wrote down on his water bottle to use as a reference during the shootout.

“That’s what it’s all about, that’s why we do the work. When you have down times, this is what you think of,” Krul told reporters after the game.

“Everyone says I am good at penalties so I knew I’d better start saving some. Me and my coach do our homework, I had them on my bottle, it all happens in a shoot-out.”

It has certainly been a good few days for Norwich, as they also beat Leicester in the Premier League on Friday night to boost their survival hopes.

The Canaries remain bottom of the standings and six points adrift of safety, but Krul is hoping Wednesday’s cup success can act as a turning point in their season.

“Maybe this is the turning point, we believe we can stay up,” the former Newcastle star added.

Norwich’s reward for reaching the quarter-finals of the FA Cup will be a home match against either Derby or Manchester United, who will meet at Pride Park in the final fifth-round tie on Thursday night.