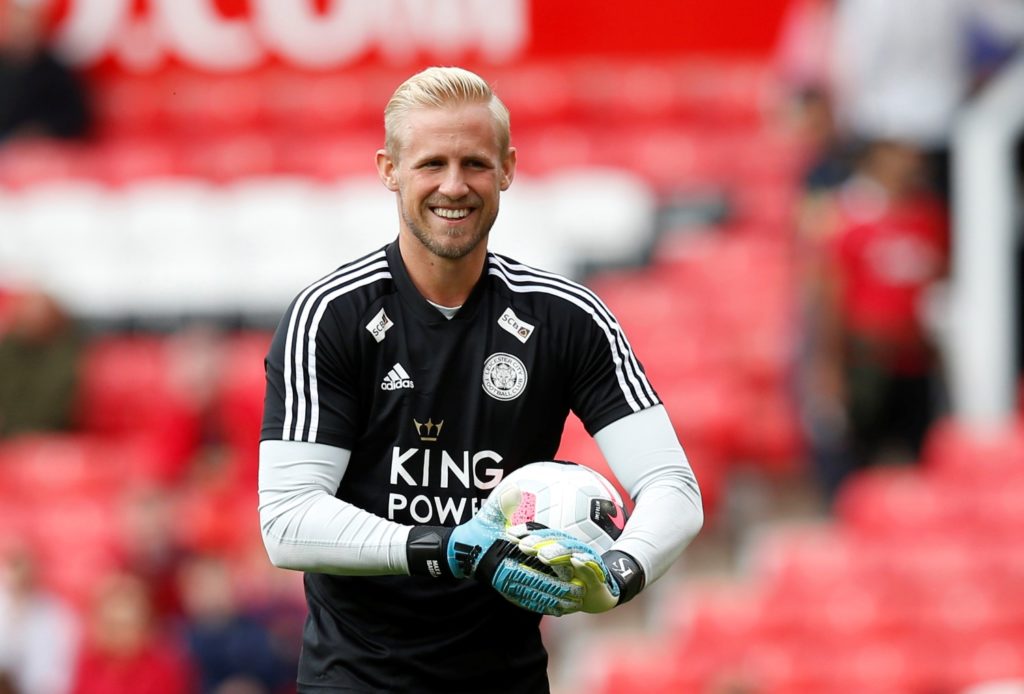 Leicester City goalkeeper Kasper Schmeichel says his team are still making giant strides despite the fact they face a fight to keep hold of their top-four spot.

The Foxes sit third in the Premier League table although the gap to fourth has decreased in recent weeks due to a poor run of form.

At one point, Leicester looked destined for a top-four spot but in 2020 they have been unable to match their displays during the first half of the season.

Four defeats in six matches at the start of the year helped Chelsea cut the gap, while four games without a win in February put Brendan Rodgers under severe pressure.

After suffering back-to-back defeats to Manchester City and Norwich City, Rodgers’ troops got back to winning ways when they beat Aston Villa 4-0 last time out.

Striker Jamie Vardy scored his first goal since the turn of the year in the game and Schmeichel says fans should be pleased with their progress.

The Denmark international believes the Foxes continue to punch above their weight and says they will end the season on a high.

“The London clubs will always have an attraction for players abroad, and to a certain extent Manchester as well. But we have fantastic owners who have backed us with absolutely everything.

“We’ve had to find who we are in the Premier League, what our identity is. We have an amazing manager who has a great vision for the club. We have an owner who has shown himself as an amazing person and an amazing leader in the face of absolute devastation.

“The journey we’ve been on is terrific and we’re building in the right direction.”

Leicester currently have a five-point cushion over fourth-placed Chelsea, while Manchester United remain within touching distance eight points behind.